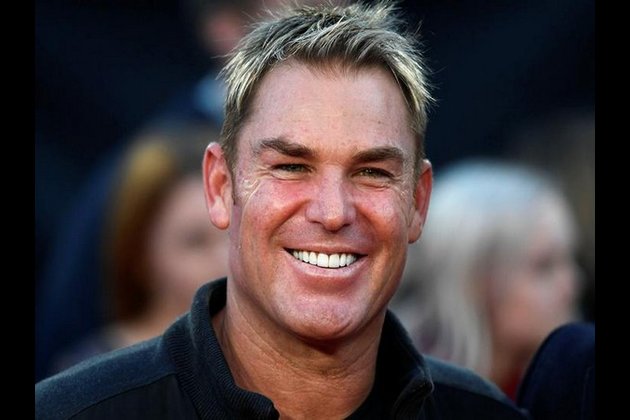 Washington D.C [U.S.A], May 15 (ANI): A documentary on cricket legend Shane Warne showcasing landmark moments in the Australian's iconic career along with exclusive interviews with his family, friends, rivals, and colleagues is in the works.

The three companies announced the project in Cannes on Wednesday where Dogwoof is introducing it to international buyers.

The film will present an intimate portrayal of Warne, the retired Australian cricketer whose larger-than-life character and reputation on and off the green pitch saw his fame transcend into cricket.

Widely considered as the greatest bowler of all time, Warne's personal struggles, including a drugs ban, a high-profile divorce, and tales of affairs with supermodels that made him a popular tabloid target, only proved to make him more relatable and popular with his fans.

"The word legend, like superstar, is much overused these days but in the case of Shane Warne it fits perfectly as he really is one of the greatest athletes to grace the sporting world," said producer John Sachs. "Eclipse Films are extremely excited to be part of telling Shane's story."The film will feature some rare and unseen archive footage alongside historic footage of landmark moments in Warne's iconic career and exclusive interviews with Warne as well as his family, friends, rivals, and colleagues.

It will reveal how Warne overcame early rejection and discovered the art of spin bowling to become a sporting legend as well as confront the controversies in his life and how they shaped him as a player.

The documentary is being directed by Jon Carey and Adam Darke, who most recently teamed on 2017 documentary 'Forbidden Games: The Justin Fashanu Story'. Carey, Darke, and Dave Rowley will produce for Gospel alongside John Sachs, Andrew Berg, and Kimberley Sachs for Eclipse. (ANI)