Shikhar Dhawan is a big loss to India: Roaa Taylor ahead of clash 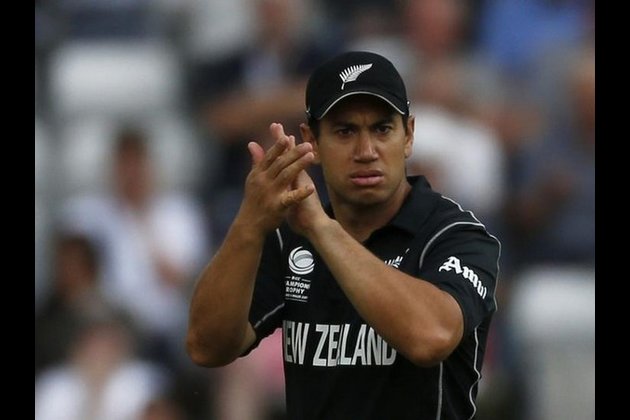 "Shikhar is a big loss to India. The present team plays very well at the ICC tournaments and he has a very good record over here. Rohit Sharma and Dhawan complement each other very well because of right and left hand combination," Taylor said during a press conference here on Wednesday ahead of his team's match against India on Thursday.

Dhawan sustained an injury in the back of his left hand in the region between the index finger and thumb when he played a match-winning knock of 117 runs during India's second match in the World Cup against Australia on June 9.

Zealand have won all their three matches and are all set to compete with India, who have also won both of their matches. Therefore, it will an interesting clash as one of the team will taste their first defeat in the World Cup 2019.

Taylor is happy with this team's performance in the premier tournament so far but still think that the tournament is in its initial stages.

"It is still early on and I think all the nine teams, realistically seven teams are still in the hunt. First and foremost you have to the semi-finals regardless of whether you are top-seed or fourth-seed and you are just two wins away from lifting that cup. We are three from three and we are very happy but we know we got some bigger challenges ahead of us in the next couple of weeks," he said.

New Zealand will compete with India at Trent Bridge on June 13. (ANI)

HANGZHOU, May 29 (Xinhua) -- AliExpress, a global online retail marketplace and part of Alibaba Group, announced on Thursday that ...

SYDNEY, NSW, Australia - Stocks in Asia skidded on Friday, and the U.S. dollar dived, as the relationship between the ...

PHENOM PENH, Cambodia - Scientists and environmentalists are urging an international moratorium on deep-sea mining after releasing a report indicating ...

NEW YORK, New York - U.S, stocks ran out of steam on Thursday with fears about the worsening U,S.-China relationship ...

TEHRAN (Tasnim) - The Atomic Energy Organization of Iran (AEOI) dismissed as "a futile attempt" the U.S.' new decision to ...

When this writer recently looked into the mirror and took a good look at how long his hair had grown ...

How London's 100 or so billionaires are faring

Over cups of tea in his ramshackle London home I chatted with a novelist. It felt a valuable opportunity, given ...

Are the Golden Days over?

As lockdown measures start to be eased in most countries around the world, the experts of The Conversation's global network ...