Will a vegetarian diet increase your risk of stroke? 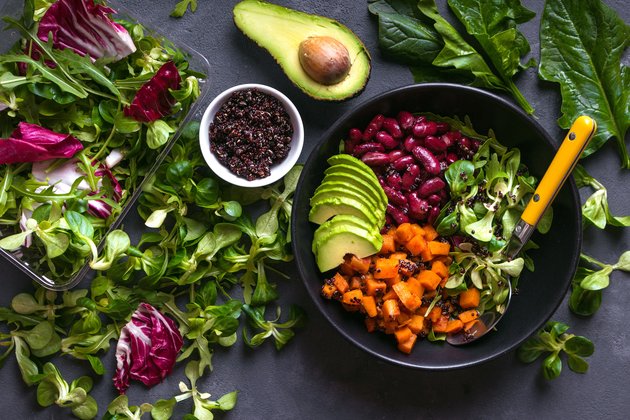 Research Checks interrogate newly published studies and how they're reported in the media. The analysis is undertaken by one or more academics not involved with the study, and reviewed by another, to make sure it's accurate.

A UK study finding vegetarianism is associated with a higher risk of stroke than a meat-eating diet has made headlines around the world.

The study, published in the British Medical Journal last week, found people who followed vegetarian or vegan diets had a 20% higher risk of having a stroke compared to those who ate meat.

But if you're a vegetarian, there's no need to panic. And if you're a meat eater, these results don't suggest you should eat more meat.

While we don't fully understand why these results occurred, it's important to note the study only showed an association between a vegetarian diet and increased stroke risk - not direct cause and effect.

Read more: Clearing up confusion between correlation and causation

What the study did and found

The researchers looked at 48,188 men and women living in Oxford, following what they ate, and whether they had heart disease or a stroke, over 18 years. The researchers grouped the participants according to their diets: meat eaters, fish eaters (pescatarians) and vegetarians (including vegans).

While vegan diets are quite different to vegetarian diets, the investigators combined these two groups as there were very small numbers of vegans in the study.

In their analysis, the researchers accounted for variables which are known risk factors for heart disease and stroke, including education level, smoking status, alcohol consumption, and physical activity.

Yet the vegetarians had a 20% higher rate of stroke, equivalent to three more strokes per 1,000 vegetarians compared to the meat eaters over ten years.

The decrease in heart disease risk seemed to be linked to lower body mass index (BMI), cholesterol levels, incidence of diabetes, and blood pressure. These benefits are all known to be associated with a healthy vegetarian diet, and are protective factors against heart disease.

This study showed fish eaters (who did not consume meat) had a 13% lower risk of heart disease, but no significant increase in the rate of stroke when compared to meat eaters.

As with any study, there are strengths and weaknesses

The main strength of this study is that it closely followed a very large group of people over a long period of time.

The major weakness is that being an observational study, the researchers were not able to determine a cause and effect relationship.

And while vegetarian and vegan diets may be seen as generally healthier, vegetarians still may be eating processed and ultra-processed foods. These foods can contain high levels of added salt, trans fat and saturated fats. This study did not report on the whole dietary pattern - just the major food groups.

Another major weakness of this study is that vegans and vegetarians were grouped together. Vegetarian and vegan diets can vary considerably in nutrient levels.

So why would the vegetarian group have a higher stroke risk?

These kind of observational studies are unable to provide what scientists call "a mechanism" - that is, a biological explanation as to why this association may exist.

But researchers will sometimes offer a potential biological explanation. In this case, they suggest the differences in nutrient intakes between the different diets may go some way to explaining the increased risk of stroke in the vegetarian group.

They cite a number of Japanese studies which have shown links between a very low intake of animal products and an increased risk of stroke.

One nutrient they mention is vitamin B12, as it's found only in animal products (meat, fish, dairy products and eggs). Vegan sources are limited, though some mushroom varieties and fermented beans may contain vitamin B12.

Vitamin B12 deficiency can lead to anaemia and neurological issues, including numbness and tingling, and cognitive difficulties.

The authors suggest a lack of vitamin B12 may be linked to the increased risk of stroke among the vegetarian group. This deficiency could be present in vegetarians, and even more pronounced in vegans.

But this is largely speculative, and any associations between a low intake of animal products and an increased risk of stroke remain to be founded in a strong body of evidence. More research is needed before any recommendations are made.

What does this mean for vegetarians and vegans?

Vegetarians and vegans shouldn't see this study as a reason to change their diets. This is the only study to date to have shown an increased risk of stroke with vegetarian or vegan diets.

Further, this study has shown overall greater benefits are gained by being vegetarian or vegan in its association with reduced risk of heart disease.

Read more: Are there any health implications for raising your child as a vegetarian, vegan or pescatarian?

Whether you're an omnivore, pescatarian, vegetarian or vegan, it's important to consider the quality of your diet. Focus on eating whole foods, and including lots of vegetables, fruits, cereals and grains.

It's equally important to minimise the intake of processed foods high in added sugars, salt, saturated and trans fats. Diets high in these sorts of foods have well-established links to increased risk of heart disease and stroke. -Evangeline Mantzioris

The analysis presents a fair and balanced assessment of the study, accurately pointing out that no meaningful recommendations can be drawn from the results. This is particularly so since the majority of the data was collected via self-reported questionnaires, which reduces the reliability of the results.

While in many cases the media has reported an increased stroke risk in vegetarians, total stroke risk was not actually statistically different between the groups. The researchers looked at two types of stroke: ischaemic stroke (where a blood vessel supplying blood to the brain is obstructed) and haemorrhagic stroke (where a blood vessel leaks or breaks).

DUBLIN, Ireland - The importance of the tourism industry to Ireland has been highlighted in a report which has examined ...

SYDNEY, Australia - Shares in China dropped sharply on Friday as two populous cities in the country went into lockdown ...

Huanggang locks down over coronovirus threat

BEIJING, China - The authorities in Huanggang city in China have imposed a quarantine lockdown in a bid to stop ...

LINGAYEN, Pangasinan, Jan. 24 (PIA) - As China is grappling to contain an outbreak of coronavirus, in the Philippipines, the ...

SYDNEY, NSW, Australia - Flags will be flown at half mast throughout New South Wales in Australia on Friday, following ...

Heads of state and government from dozens of countries arrived in Jerusalem to mark the 75th anniversary of the liberation ...

GENEVA, Switzerland (ANI/Sputnik) - The WHO Emergency Committee held a discussion on Wednesday over concerns about the coronavirus outbreak in ...