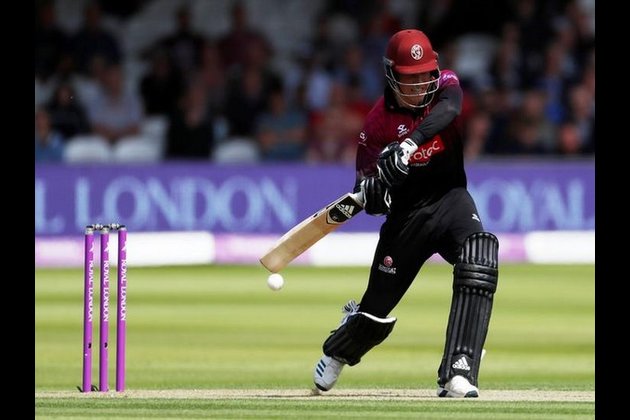 Acknowledging the development , Banton said, "If you had asked me at the start of the summer would I imagine it going like this, I would have probably had a laugh and suggested you weren't serious.""I'm really looking forward to coming to Brisbane and seeing what Queensland has to offer after previously playing club cricket in Perth when I was younger," he added.

The wicket-keeper batsman is the fourth international signing by Heat after South African legend AB de Villiers and Afghanistan spinners Zahir Khan and Mujeeb Ur Rahman.

"He was the talk of English cricket during their season," Brisbane Heat quoted coach Darren Lehmann as saying.

"He's a lovely striker of the ball and has that wide and varied range of shots you need to make the most of the early overs in the power play or to accelerate the scoring through the middle and back half of an innings," he added.

Brisbane Heat will start their BBL campaign against Sydney Thunder at Brisbane on December 17. (ANI)

NEW YORK, New York - U.S. stocks weakened on Thursday but the biggest market-mover was the U.S. Dollar which soared ...

Hub for technology-based startups to be developed in Philippines

CHICAGO - Scientists in China who studied the nose and throat swabs from 18 patients infected with the new coronavirus ...

Whereabouts of concelebrating priests not established at Pell trial

Dr Chris Friel examines another of the many concerning aspects of the child sexual abuse case against Cardinal George Pell.This ...

The Man Who Fell to Earth

Man Who Fell to Earth