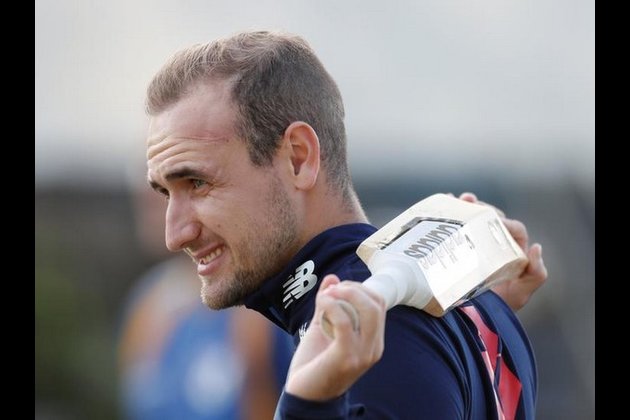 Livingstone has now become the first overseas signing for the Scorchers ahead of the upcoming edition of the tournament.

The 26-year-old played two T20Is for England in 2017, since then he has made himself a regular fixture in the shortest format of the game after his exploits in Vitality Blast in England.

He also represented Karachi Kings in the Pakistan Super League (PSL) and Rajasthan Royals in the Indian Premier League (IPL).

"I am so excited to have signed with the Scorchers for the upcoming Big Bash, it is a tournament I have always wanted to play in so I can't wait to get to Perth. I have spent a winter in Perth, I know the place well and I am looking forward to getting back there," Livingstone said in an official statement.

Livingstone is currently playing for the Cape Town Blitz in the ongoing Mzansi Super League (MSL).

Perth Scorchers had to ensure Michael Klinger's retirement and Shaun Marsh's move to Melbourne Renegades so this signing of Livingstone will come as a much-needed reprieve.

"We are very pleased to have secured Liam for the upcoming season. He has performed really well in T20 cricket all around the world over the past 12 months," Perth coach Adam Voges said.

"Liam's a great all-round package, he will give us some aggression at the top of the order, he's a handy spinner and a fantastic fielder. We are excited about what Liam can bring to the Scorchers this season and I am sure he will become a fan favourite very quickly," he added.

The Scorchers have one international spot left to fill for the upcoming season.

The BBL is slated to be played from December 17- February 08. Perth Scorchers will take on Sydney Sixers in their first match of the tournament on December 18. (ANI)

NEW YORK, New York - U.S. stocks weakened on Thursday but the biggest market-mover was the U.S. Dollar which soared ...

Hub for technology-based startups to be developed in Philippines

China's efforts to control the deadly outbreak of a new coronavirus "are working", Beijing's top diplomat said Thursday, attributing an ...

CHICAGO - Scientists in China who studied the nose and throat swabs from 18 patients infected with the new coronavirus ...

The Man Who Fell to Earth

Man Who Fell to Earth