When will I see you again? Sport bids to step out of virus shadow 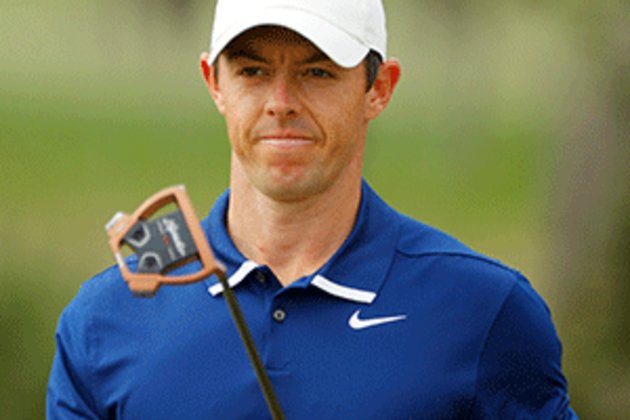 Sport's big ticket events, the 2020 Tokyo Olympics, European football championships, Wimbledon and the Open Championship tournament have either been postponed or cancelled because of the coronavirus.

However, the return of Bundesliga football in Germany and Saturday's announcement that Spain's La Liga can resume from 8 June shows there are some shoots of recovery as sports worldwide make tentative plans to return to action:

The Bundesliga became the first major European league to resume last week under strict conditions. Matches are being played behind closed doors with players elbow-bumping to celebrate goals.

The league wants to complete the last nine rounds of matches before 30 June to secure around €300 million in television money.

- The English Premier League's chief executive Richard Masters expressed confidence on Friday the top-flight season will resume in June, with the remaining 92 fixtures completed by August. But 'Project Restart' has generated a heated debate between players about health concerns.

Matches will be played behind closed doors, but Masters said the Premier League want games to be staged at clubs' normal stadiums rather than neutral venues, which was the original suggestion.

Clubs have returned to socially distanced training in small groups.

- Spanish Prime Minister Pedro Sanchez announced on Saturday that La Liga could resume "on the week of 8 June". La Liga president Javier Tebas had already set a tentative return date of 12 June and clubs are back in training. Barcelona's Ballon d'Or winner Lionel Messi says he is comfortable with returning to play again.

- In Italy, Sports Minister Vincenzo Spadafora has said that a decision will be made on 28 May on whether the Serie A season can resume.

Clubs began team training this week but, in a country hit hard by the pandemic, there is deep uncertainty as to whether the league can resume in June.

- In France, the season has been declared over and Paris Saint-Germain were awarded the Ligue 1 title.

- South Korea had the honour of being the first elite league back in action on 8 May but there were no crowds or wild goal celebrations - even talking was discouraged.

- The English season will not start until 1 July at the earliest and likely behind closed doors. The new Hundred tournament has been scrapped until 2021. However, England could begin their rescheduled three-Test series against the West Indies on 8 July.

The series was originally due to start on 4 June. Australia and Pakistan are still due to tour later in the summer.

- The money-spinning IPL, which should have started on 29 March, was postponed but media reports said the BCCI may aim for a tournament in September-October, ahead of the T20 World Cup in Australia.

- The ATP said it will not resume tournament play until the first week of August in Washington.

The WTA is still scheduling events in Palermo from 20-26 July and in Karlsruhe on 28 July-2 August, for now at least.

- The French Open has already been moved to 20 September-4 October although there are suggestions that it may be put back by a further week.

Organisers say it could be played behind closed doors.

- The United States Tennis Association will decide in mid-June on the US Open and has said it is "aggressively" drafting alternative plans if the tournament has to be moved from New York, which is struggling to recover from a wave of Covid-19 deaths. The possibility of playing in Indian Wells in California or Orlando is being considered.

- After 10 races were either cancelled or postponed, Formula One hopes to open its season in Austria with back-to-back races on 5 and 12 July.

F1 boss Chase Carey insists that a 15-18 race season is still possible and that new venues could be used.

Liberty Media, the company which runs the sport, reported a collapse in revenues of more than $200 million in the first quarter of the year.

- NBA chief Adam Silver will study coronavirus outbreak and testing developments for another two to four weeks before the league decides about a return to competition, according to reports on Wednesday.

- MLB postponed its scheduled March start and various ideas on staging a campaign have been floated.

- The National Hockey League shut down on 12 March but Commissioner Gary Bettman says he is confident it will restart - he just doesn't know how, or when.

- After the cancellation of the Open, the remaining majors are the PGA Championship from 6-9 August in San Francisco and the rescheduled US Open from 17-20 September at Winged Foot, New York, with the Masters, usually played in April, scheduled for 12-15 November.

- The Ryder Cup, at Whistling Straits, Wisconsin, from 25-27 September, could take place without fans.

- The PGA staged a made-for-TV charity event involving Rory McIlroy last Sunday in Florida and hopes its tournament season can resume at the Charles Schwab Challenge from 11 June in Fort Worth, Texas.

- The LPGA Tour is due to resume on 15 July at the Dow Great Lakes Bay Invitational tournament in Michigan.

- The European Tour is set to return at the British Masters from 30 July.

- The Tour de France has been rescheduled for a 29 August start from its original 27 June date.

- The Giro d'Italia will take place from 3-25 October with a six-day overlap with the Vuelta a Espana and will be raced at the same time as three 'Monument' classics.

- The Diamond League, which was to have started in Doha on 17 April, is now scheduled to open in Monaco on 14 August.

- With the exception of a 11 June meeting in Oslo that will feature modified events in line with social distancing rules, the rejigged Diamond League calendar will showcase 12 meetings, culminating in China on 17 October at a venue yet to be arranged.

- The first English classics, the 1000 and 2000 Guineas are to be run at Newmarket on the first weekend of June.

- Flat racing's showpiece meeting Royal Ascot it is hoped will follow shortly afterwards on 16 June. However, it will do so without racegoers, including its most notable attendee Queen Elizabeth II who will miss it for the first time since 1952.

- The Derby and Oaks will be behind closed doors at Epsom Downs on 4 July instead of June.

- In the United States, the 5 May Kentucky Derby, the first leg of the US Triple Crown, will now be run on 5 September.

- The NRL season in Australia will start on 28 May.

- In union, the summer internationals have been cancelled as has the French Top 14.

CHRISTCHURCH, New Zealand - New public housing that will save tenants money in energy bills, and provide warmer, healthier and ...

BEIJING, June 5 (Xinhua) -- Beijing will lower its emergency response to the novel coronavirus epidemic from the second level ...