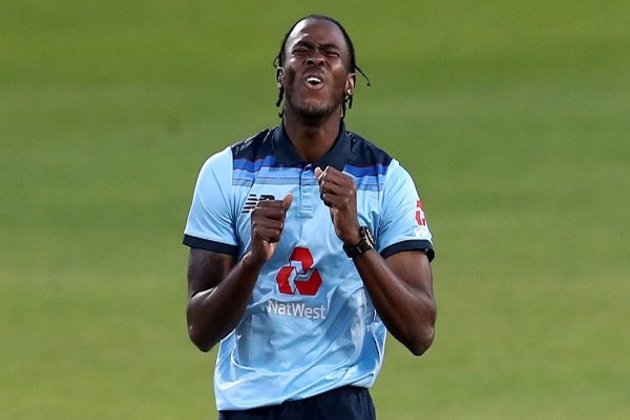 Archer has scalped six wickets in two matches against Australia in the ongoing ODI series. His three wickets in the second ODI were crucial in restricting Australia to 207 runs under 50 overs. Archer was also named the Player of the Match for his spectacular bowling performance.

"He (Jofra Archer) lights it up, doesn't he? There's moments in games where he senses it and he goes for it," ESPNcricinfo quoted McDonald as saying.

"He's exciting; you never know what you're going get with great fast bowlers and although he's got a long way to go to be in that sort of conversation, he's stepping his way towards that, isn't he?" he added.

Aaron Finch-led Australia had won the first ODI against England by 19 runs. However, the visitors lost the second game by 24 runs owing to poor batting performance.

The two teams will lock horns in the series decider on Wednesday.

After the ODI series concludes, Archer will head over to the UAE to play the upcoming IPL for Rajasthan Royals. (ANI)

UK restaurants and pubs brace for fallout from new restrictions

An employee arranges products to be exported to Russia at a food processing company in Suifenhe, northeast China's Heilongjiang Province, ...

Asteroid size of a bus comes close to Earth

Scientists at the U.S. space agency NASA say a small asteroid - roughly the size of a bus - passed ...

One of New York's finest accused of spying for China

Why Biden should not pick Michele Flournoy as defense secretary

If the Democrats manage to push Joe Biden over the finish line in November's election, he will find himself presiding ...