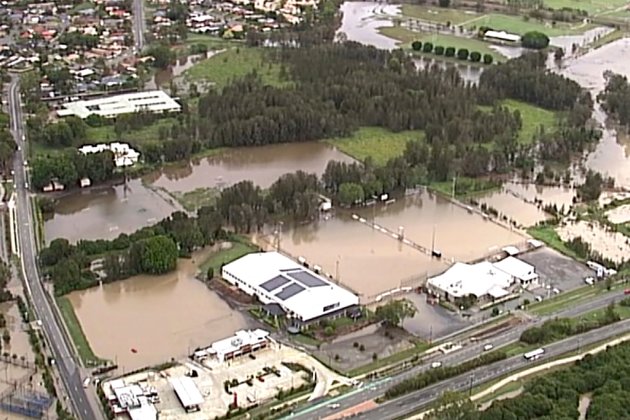 SYDNEY - Australia's approaching summer is forecast to be wet with an increased risk of floods and tropical cyclones, according to the national Bureau of Meteorology's climate outlook. It predicts conditions will be wetter and cooler than recent years but warns there is still a risk of bushfires for southern Australia.

The nation is used to the extremes of nature. Last summer was scarred by some of the worst fires ever recorded in Australia. This year is expected to be wetter and cooler.

The influence of La Nina, the periodic cooling of the ocean surface in parts of the Pacific, is expected to result in more rainfall across much of Australia. The Bureau of Meteorology's climate outlook is predicting a greater number of tropical cyclones, and there is a good chance the annual monsoon will start early.

"In contrast to last summer, wetter conditions are likely across much of the country," said Andrew Watkins, manager of Climate Prediction Services at the Bureau of Meteorology. "This means the chance of widespread flooding is raised in eastern Australia. However, we will still see some heat waves and some fires at times. Abundant grass growth during spring has led to increased grass fire risk in parts of New South Wales. However, bushfires are always a risk in any summer."

The updated summer bushfire outlook from the Bushfire and Natural Hazards Cooperative Research Center has identified grassfires as the main danger this summer in eastern Australia.

There is a warning that regions that suffered from intense bushfires last summer are also at risk of flash flooding, erosion and landslides if there is heavy rain.

Summer in Australia starts officially Dec. 1, but extreme heat wave conditions are expected across much of southeastern and eastern parts of Australia in the coming days. Temperatures in South Australia have reached 47 degrees Celsius.

In Queensland, a bushfire has closed Fraser Island, one of Australia's most famous tourist destinations. Visitors and residents have been told they cannot leave the World Heritage-listed island north of Brisbane. The authorities in Queensland say conditions are expected to worsen over the next few days.

Last year was Australia's hottest and driest year on record.

Pandemic-induced job losses at KLM likely to rise to 6,000

ALBUQUERQUE, New Mexico - Nearly 60 percent of residents rate Albuquerque's quality of life as excellent or good, according to ...

NEW YORK, New York - U.S. industrial stocks closed lower on Friday as fears of prolonged lockdowns due to the ...

SYDNEY, NSW, Australia - Stocks in Asia were sold off on Friday.All the major indices lost ground, while the rout ...

LIMERICK, Ireland - A boost for Ireland's expanding tech sector are plans by a giant telco supplier to recruit scores ...

Thousands of Hong Kong residents told to stay in homes

PanARMENIAN.Net - Hong Kong's government declared its first lockdown on Saturday, ordering thousands of people to stay in their homes ...

As Trump said, Joe Biden is going to need a lot of luck

While Joe Biden's Presidency gives people a chance to rebuild, it also faces the bitterness and opposition of Trump's ever-loyal ...

Europe says it is ready for a new start with U.S.

NYC man accused of threatening to murder Representatives and Senators

NEW YORK CITY, New York - A New York City man who who stoked tensions before and after the storming ...

The Thief of Bagdad