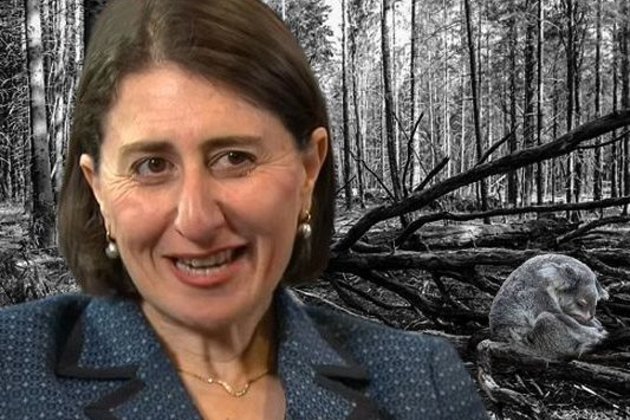 The koala has belatedly become a focus for the mainstream media.

However, current mainstream media interest in koala conservation is highly unlikely to expose the most serious threat to the survival of wild koalas. Without question, the policies of extinction driven by the Commonwealth, NSW, Queensland and Victorian governments are the major causes.

Not only are we losing the koala, but the democratic rights of citizens to protect wildlife are also disappearing.

Objective, well researched and factually based journalism is going down a rabbit hole. A web of misinformation fed by corporate and political interests, mega-developer dollars, a smorgasbord of interests profiting from koalas and monopoly ownership of newspaper chains has resulted in a significant lack of investigative journalism on this issue.

It's astounding how Gladys Berejiklian, Scott Morrison, Annastacia Palaszczuk and Daniel Andrews have got away with wiping out wildlife. Their extinction policies don't need to be clarified: the damage is self-evident.

A new plan announced by Sussan Ley indicates the Morrison Government's refusal to protect koalas and drive them to extinction.

One could be forgiven for believing that Australia's state and federal governments have a pathological hatred for not only koalas but any policy that insists on environmental protection for wildlife.

In Victoria, Andrews has given the go-ahead for another brutal season of duck hunting. Approval has been granted to kill kangaroos for human consumption. No koala population estimate is available as koala conservation in Victoria has no priority.

The Queensland Government's koala management policy can be readily identified. It consists of producing endless koala strategies which are not implemented but useful for policy propaganda as koala habitat destruction grows exponentially.

No amount of hype can take away from the simplicity of the environmental dilemma facing koalas. Bulldoze koala habitat and the result will be no koalas. It's that simple.

Let's look at the list of NSW and Commonwealth failures. An equally scathing report could be done on Queensland, Victoria and South Australia.

The absence of any legal protection by legislation is a major problem. New legislation replacing repealed laws has significantly limited protection or access to the courts.

Bilateral agreements between the Commonwealth and state governments permitting state approval of major projects which have eradicated or severely reduced koala habitat.

Self-referral by developers for Commonwealth Government approval based on self-scoring of optional koala referral guidelines in relation to their projects has added fuel to the extinction fire.

Koala management plans by developers, approved by the Commonwealth Government are not available for public scrutiny or feedback.

If we want to prevent koalas being burned alive then Australia needs to stop burning coal.

Without doubt, one of the most backward steps was the introduction of a memorandum of understanding (MOU) in 2015 by former Environment Minister, Greg Hunt. The MOU set up the common assessment method (CAM) which allows no regional protection unless requested in a formal submission by state governments.

All states have signed off on the CAM. State governments can't be legally forced to make submissions under CAM for protection of specific regions. So they don't, no matter how much scientific evidence or public concern.

Berejiklian's first action after her election was to abolish the Office of Environment and Heritage, leaving the environment in the portfolio of Planning Minister Rob Stokes. This represents a clear conflict of interests.

The much-touted NSW Koala Strategy failed to provide any protection of koala habitat in spite of protection being a primary strategy recommendation.

It claims to be:

No mainstream journalist has bothered to ask Berejiklian to identify the increases in the koala population as a result of the strategy.

A complete lack of recognition by governments that koalas are an umbrella species for coastal forest ecosystems has contributed to ecosystem collapses. In wiping out koala habitat, many species are also destroyed.

According to the NSW Government, over 428,500 hectares (equating to 62%) of harvestable native forest were burnt in the bushfires and 17% of private native forests were caught up in the fires.

In spite of an obvious injunction to declare a moratorium on logging until such time as the damage to wildlife could be assessed, the Forestry Corporation continued logging.

Dr Andrew Smith in his report to the NSW Environment Protection Authority on timber harvesting in burnt landscapes indicated that:

No changes in government policy or forestry activities resulted in response to Dr Smith's report.

A Department of Planning, Industry & Environment report on bushfire damage indicated 25 per cent of primary koala habitat had been lost.

Environment Minister Sussan Ley is defending her approval of a project set to increase the destruction of critical koala habitat.

The Forestry Corporation has been allowed to continue logging in "lightly" burned forests, targeting primary koala hubs according to local ecologists. NSW forests are also being logged for 'renewable energy'.

The Forestry Act 2012 (NSW) contains a provision which denies standing in court (known as a privative clause), seeking to prevent any citizen or conservation group from taking legal action.

There are no koala national parks. No climate refugia in spite of the koala being one of the world's most vulnerable species to climate change impacts.

There's a complete absence of legislation dealing with the impacts of climate change on koalas or wildlife at the state and federal level despite it being designated a key threatening process under legislation.

At the federal level, koala conservation is a disaster. Not one cent of the $200 million 'investment in recovery' grants for bushfire relief was allocated to a single koala project. This was in spite of the recommendations of the Committee of Wildlife Experts that Environment Minister Sussan Ley established during the bushfires which identified koalas as a species requiring urgent attention.

Instead, the Morrison Government has made extraordinary efforts to ram an Environment Protection Biodiversity Conservation Act (EPBC) amendment through Parliament, which would effectively give state governments the power to approve major developments.

The koala is at the bottom of the Morrison totem pole. Major international and domestic concern is simply ignored. Morrison leads this disastrous path, followed by state governments in lockstep with the Prime Minister.

A guiding principle of these irresponsible governments is the mantra: jobs and growth. If koalas are in the way of projects, the answer is straightforward: koalas lose, wildlife loses.

No amount of public protest, scientific concern and the sheer extent of devastation left by the bushfires has raised one iota of legitimate response by governments.

In effect, legal challenges are now either financially impossible or ruled out by legislation which disallows public citizen standing. In other words, concerned Australians are denied any opportunity to save koalas and our iconic wildlife as a direct result of a broad-scale attack on democracy and natural justice.

Losing the koala provides a damning insight into the appalling state of our mainstream media. No longer does the fourth estate hold governments accountable.

The ramifications of these losses provide a frightening glimpse into the future of this country. Humanity must live within the constraints of the natural world.

Sue Arnold is an IA columnist and freelance investigative journalist. You can follow Sue on Twitter @koalacrisis.

To Sleep With Anger