Pitt Street leads the way with plans for a permanent cycleway 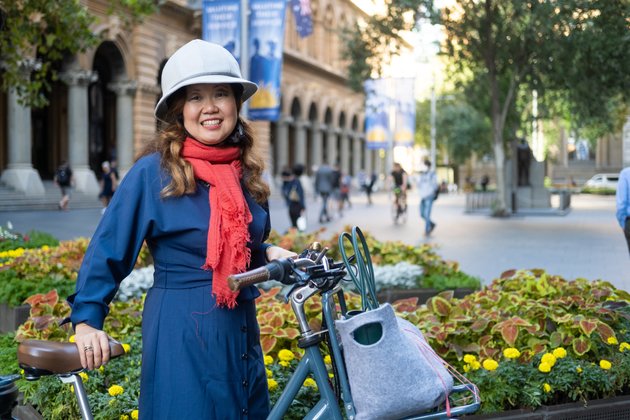 Following unprecendented growth in rider numbers, the City of Sydney will look to keep the city's pop-up cycleways in place for another 2 years. The Pitt Street pop-up cycleway will also become a permanent addtition to the bike network.

You can have your say on the proposed changes to Pitt Street and offer your feedback on the pop-up cycleways.

Built by the City of Sydney and Transport for NSW, the 6 pop-up cycleways provide important connections for people riding, offering a safe, easier alternative to public transport or trips by car. Across the greater Sydney, rider numbers are up by around 40% on pre-pandemic levels. 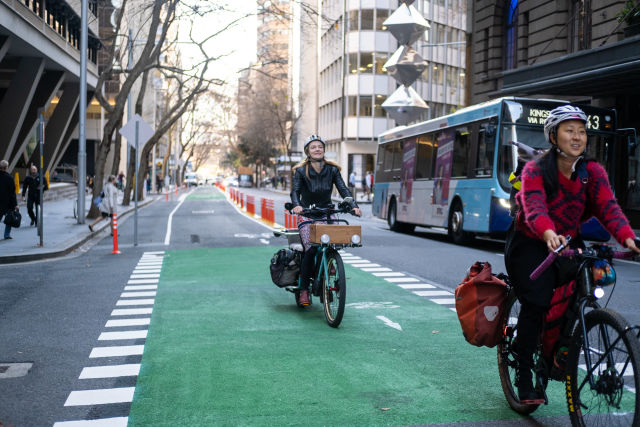 The Pitt Street pop-up cycleway has seen a 500% increase in rider numbers since opening.

Monitoring and evaluation has shown the Pitt Street pop-up cycleway has been a stand out success, with around 6000 bike trips a week. The City has now drawn up plans to make the cycleway, and the expanded footpath and outdoor dining space, a permanent addition. 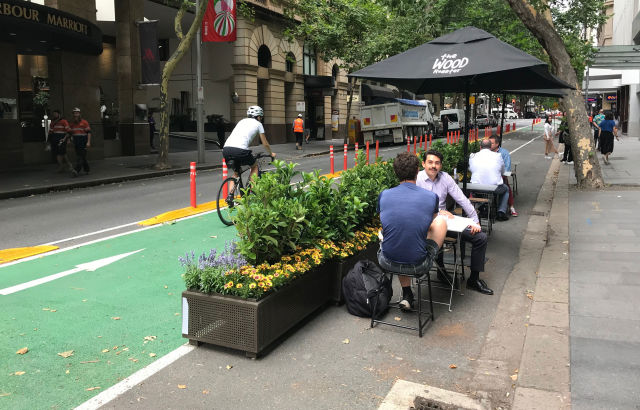 Expanded outdoor dining and footpath space will become a permanent fixture on Pitt Street under the proposed changes.

The City also proposes retaining the remaining pop-up cycleways on council controlled roads for up to 2 years for further evaluation. This includes:

Lord Mayor Clover Moore said the success of the Pitt Street cycleway had driven the proposal to make the pop-up cycleways permanent.

"The growth in people riding on the Pitt Street cycleway is unparalleled. Since the first week, the number of weekly bike trips increased by 500 per cent, with around 6,000 trips recorded each week," the Lord Mayor said. 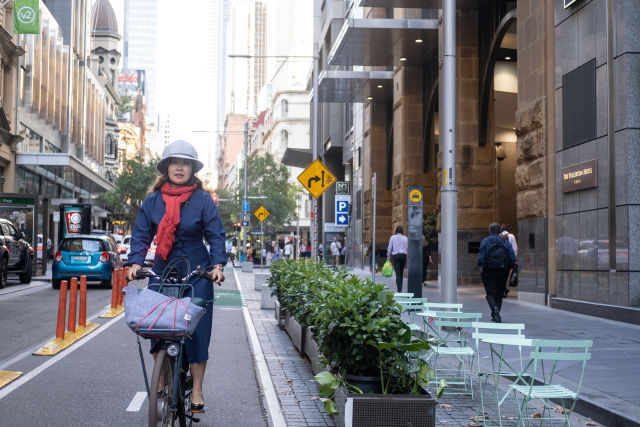 Sarah Imm uses the Pitt Street cycleway on her commute to Martin Place.

"The installation of the Pitt Street pop-up has also increased the space for people walking by allocating more footpath space. We're seeing more outdoor dining and people have told us the area is a much nicer place to be.

"Before we installed the cycleway, nearly 90 per cent of people riding a bike on Pitt Street were using the footpath. Now we're providing people with a real alternative and making the heart of the CBD safer for all.

Sarah Imm is a risk advisor with Martin Place-based law firm, Ashurst, that provides end of trip facilities for cycling commuters like Ms Imm who rides from the inner west most days.

"The Pitt Street cycleway is fantastic and has really made my ride so much easier. Previously there was no real cycle artery through the city and you had to take a round-about route to get across the city," Ms Imm said. 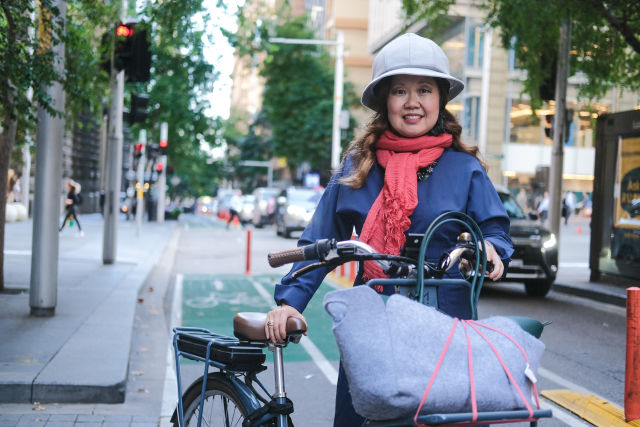 She believes the pandemic and the pop-up cycleways have changed attitudes to bikes and people riding in Sydney.

"There are more people on bikes now - there are more women in nice clothes going to work, mums on cargo bikes shopping and kids riding to school. A real change has happened.

"I think people have greater awareness now that there are people using bikes to get around. I'm seeing more courteous behaviour in the city, which is a wonderful development, and I'm happy for my son to ride home from school on the cycleways."

You can have your say on our plans for Pitt Street, and provide feedback about the other pop-up cycleways. Your comments will be used to inform a report to Council. Submissions are open until 9 April 2021. 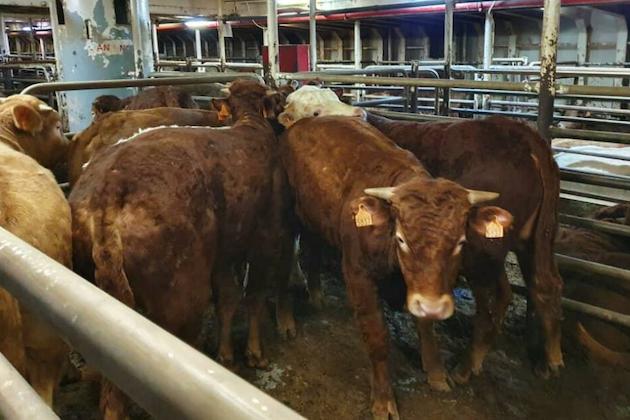 WELLINGTON, New Zealand: New Zealand has announced it is banning the transport of cows and other animals by sea due ...

BEIJING, China: Following increasing Chinese military activity around Taiwan, the U.S. State Department has announced it would deepen relations with ...