Most people fail on their New Year resolutions, finds study 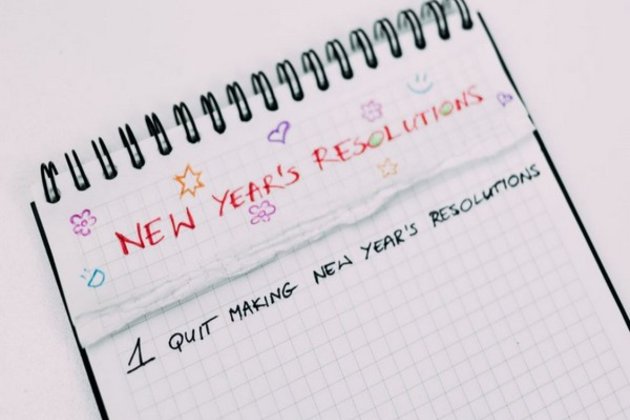 Joondalup [Australia], March 25 (ANI): The findings of new research by Edith Cowan University (ECU) has found that despite having the best intentions, within the first month, most people give up on their New Year resolutions.

The study also revealed that approximately half the people surveyed had the same, or nearly the same, resolution as in the previous year, and more than half of the resolutions listed focused on either diet or exercise.

The research, led by ECU Associate Professor Joanne Dickson, investigated personal goal factors that predicted greater wellbeing and sticking with one's most important New Year resolution over time. Around 180 Australian and UK participants took part in an online survey over a two-month period. The average age of participants was 37 years and ranged from 18 to 77 years.

- Two-thirds of participants gave up on their New Year resolutions within the first month.

- Just over half the participants pursued the same (or similar) resolution as in the previous year.

- More than half of the resolutions focused on either diet (29 per cent) or exercise (24 per cent).

- Approximately two-thirds (64 per cent) of the listed resolutions were described as 'general'. A general resolution referred to an overly general or vague resolution (e.g. to get fit).

- Goal tenacity (being persistent) did not predict wellbeing over time, nor the ability to stick to one's most important New Year resolution.

-No significant gender or age or country differences were seen.

Despite participants reporting a strong commitment to their most important New Year resolution and a belief that they would succeed, about two-thirds of participants gave up within one month.

Professor Dickson said this might be because many of the participants set general resolutions like they wanted 'to get fit' or 'exercise regularly' rather than setting specific resolutions and plans.

"An example of a specific resolution might be -- to go for a 40-minute walk around the lake with my friend Sam on Monday, Wednesday, and Friday mornings," Professor Dickson said.

"Previous research has shown that setting specific goals that include a time, place, and/or people provide the mental cues to assist people to stick to their resolution goals.

"General goals or resolutions also require more thinking time, making them harder to stick to than goal resolutions that have a plan."Professor Dickson said it was possible that people gave up pursuing their New Year resolutions because they were not associated with more meaningful underlying goals and values.

"The resolution to lose five kilos will more likely endure in the face of obstacles, difficulties or other competing resolutions if it's linked to higher personal values, such as beliefs about one's health or appearance," Dickson said.

WASHINGTON D.C.: Construction of new homes in the United States reached 1.74 million in March, which was a 19 percent ...

OTTAWA, Canada: A Canadian appeals court has upheld a Canada-U.S. agreement to turn back asylum seekers.The ruling overturned a Canadian ...