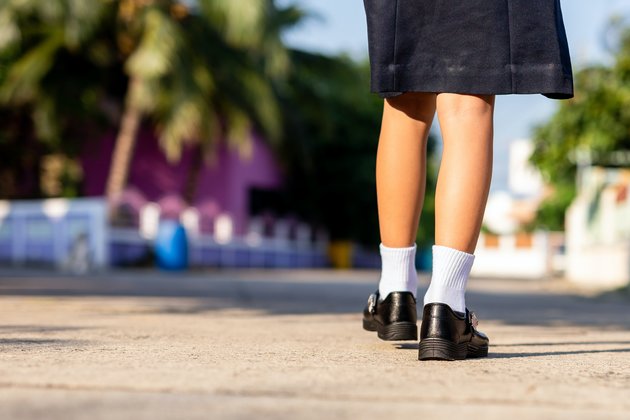 This is despite the fact most students, teachers and parents support a move away from traditional uniforms to ones more comfortable for students and more supportive of a range of activities they do at school.

Schools across Australia set their own uniform policy, informed by their jurisdiction's education authority. Here are four reasons schools should consider offering students the option to wear sports-like uniforms every day, starting with the savings for parents.

The average cost in Victoria for a primary-school student uniform appropriate for summer and winter, as well the sports uniform, is around A$330 on average. For secondary schools this increases to around an average of $526 per student. Catholic and independent school uniforms are consistently more expensive than ones in government schools.

The biggest saving that comes from shifting to an everyday policy of sports uniforms is that parents don't need to buy multiple uniforms. If parents only need to buy a sports uniform, this could save around $167 for primary-aged and $363 for secondary-aged students (based on Victorian figures).

Sports uniforms are cheaper than traditional uniforms. Most sports uniforms consist of a tracksuit, polo shirt with school logo, sport shorts and trainers - at a total average cost of $163. Increasing mass-production of a sports uniform may reduce this cost even further.

Read more: School uniforms: what Australian schools can do to promote acceptance of gender diversity

Most Australians recognise physical activity is good for physical and mental health. Beyond health, active students do better in class, having better concentration, attention and classroom behaviours, which can lead to improved academic performance.

Research suggests by changing from a traditional uniform to a sports uniform, primary-aged students can improve their physical activity. Changing to sports uniforms may be even more important for Australian girls, who are typically less active than boys.

But uniform changes are just one ingredient to increase young people's physical activity. Combining factors such as the option to wear sports uniforms daily with classroom energisers, such as short active breaks from seated teaching, safe active travel routes to school (such as bike lanes) and subsidised cost of sport increases students' physical activity.

The sports uniforms make it easier for students to engage in these other types of activities on a daily basis.

"Uniforms hold me back from running", was one of a number of reasons given by South Australian secondary school students to not being active at recess.

Unlike schools in other countries, we've heard some Australian primary schools do not have changing facilities to allow students to switch between active wear and traditional uniforms at recess.

Workplace dress policies are almost always appropriate for the type of work required by employees. For example, tradies wear reflective active wear. So why not in schools? In a country with a climate like Australia's, we must ask if traditional school uniforms are fit for purpose.

Challenges and next steps

Only one-third of school principals support swapping to sports uniforms every day. Among the two-thirds who don't support the change are those who they say sports uniforms are inappropriate for formal occasions. Half also say there is no evidence to support making a change.

We strongly encourage uniform suppliers to work with school departments to design sports uniforms that encourage physical activity, and that are also smart and appropriate for formal school occasions.

As a parent or student, you can ask your school to consider offering the option to wear a daily sports uniform.