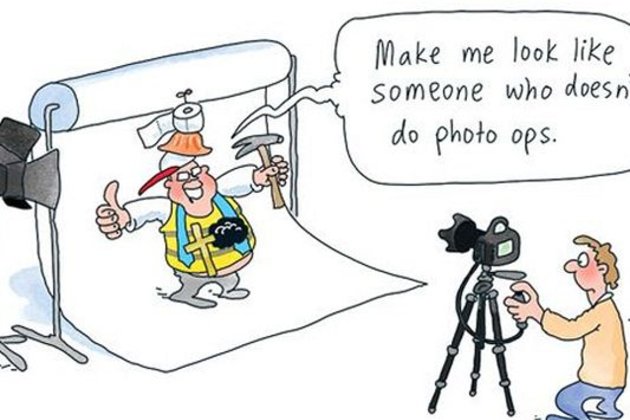 Reporting by the mainstream media has resulted in a propaganda machine for the Government in place of actual truth-telling, writes Dr Victoria Fielding.

IN THE PAST FORTNIGHT, there has been a distinct shift in the media's willingness to hold Scott Morrison to account for his responsibilities as Prime Minister. Journalists and commentators are asking why he has not delivered on his two key pandemic jobs - to efficiently roll out the vaccine and to deliver effective quarantine facilities.

This scrutiny is welcome, but why has it taken so long when these issues have existed for many months? After all, journalists have one key job - holding power to account. Why is this the first time Morrison has been under pressure to justify himself, despite many months of public criticism of government policies, mistakes and scandals?

Last week, Crikey published 'A dossier of lies and falsehoods', exposing a long list of what journalist Christopher Warren refers to as the Government's 'Bullshit, humbug, trolling and damned lies'. This list disclosed not only a systemic problem of misinformation coming from the mouth of the Prime Minister, but also a media institution that has failed to hold the most powerful man in politics to account for this deception.

The Coalition seems to have a tenuous relationship with scrutiny.

Most journalists, commentators and media academics attribute Morrison's Teflon treatment in the media to his public relations ability. The "miracle PM" is credited with using spin as a 'Jedi mind trick' by Katharine Murphy in The Guardian Australia, apparently tricking journalists into giving him positive coverage. Denis Muller in The Conversation agrees that Morrison is very good at exploiting 'the theatre of politics' with his rolling campaign of dress-ups and photo opportunities.

The notion that journalists can be tricked or exploited into presenting the Prime Minister positively, while failing to report negative stories or call out lies, raises some serious questions about journalists' ability to not only hold power to account, but also to present truth to the audience.

Journalists are framed in this story as passive victims of public relations expertise. This victimhood is reinforced by tales of journalists falling foul of the rigours of the disrupted media environment - the 24-hour news cycle, the commercial nature of news media, the sensationalist clickbait tabloids, the need for colour and movement, the speed to publish and the reliance on official sources.

In this vein, Christopher Warren has similar ideas about why the Prime Minister's lies are not adequately fact-checked by journalists. As well as blaming this problem on the Murdoch media, which is designed to spread government propaganda and does so with the power of ownership of 57% of Australian newspaper circulation, Warren also argues the media often fails to call out 'bullshit' because of 'an inherent tension between being "useful" (in reporting politics) and "entertaining"'.

These commentators make valid points about the pressures on journalists. But these justifications do not adequately hold journalists to account for the quality of their work. Instead, they position journalists as passive or powerless in newsgathering and reporting. Yet, we know journalists are not powerless. Indeed, they hold great power.

Government spins and fiddles with ideology as the pandemic crisis worsens

When does the crisis over the spread of deadly and highly infectious disease, quarantine and vaccinations get recognised as a scandal?

Journalists have the power to decide which news stories they report about and how they present them to the audience. They decide who to include as sources and how to represent them. They choose when to fact check misinformation and when not to. Every element of news production - from deciding which stories have value, what angle to report from, which words to use, how much information to provide the audience and which elements of a story are emphasised - are journalistic decisions.

It is not an accident that journalists tend to position themselves as powerless in news production. If their news coverage, such as their failure to hold Scott Morrison to account for his responsibilities as Prime Minister, is not their fault, they are never held to account for their failures. The myth of journalistic passivity is a great way for the media to avoid scrutiny.

On the other hand, once you accept the power that journalists have, you must also accept that their craft should be carefully scrutinised. The news media is crucial to democracy. Journalists mediate politics for their audience and in doing so, actively shape what the audience knows about their political leaders.

When Scott Morrison is not adequately held to account for incompetence or lies, it is little wonder his polling figures remain positive - he gets away Scott-free. How is the audience of voters meant to judge his behaviour fairly if they don't know how he's been behaving?

The current surge in COVID-19 cases in Melbourne is a result of the Morrison Government's mismanagement of the pandemic and vaccine rollout.

Where journalists prefer to blame the lack of Prime Ministerial scrutiny on Morrison's PR ability, I blame Morrison's obsession with his PR campaign on his quite reasonable expectation that the media will lap it up.

Once you put the journalists in the driver's seat of news coverage, you can see why political leaders like Morrison might come to rely on spin ahead of policy substance. It is only natural that they use strategies that have worked wonders for them in the past. It is also only natural that they will believe that whenever they're in a tight spot, a lie will set them free. They are like toddlers - if the media doesn't give them boundaries, they never learn right from wrong.

When journalists won't look past the fairy floss - the press conferences, the announcements, the photoshoots, the red carpets and chicken coops - to dig for the truth and tell the audience what is really happening in the Prime Minister's office, the audience is being served propaganda in the place of news reporting. When members of the Government learn they can lie without consequence, society becomes untethered from the truth.

This article was originally published on Dr Victoria Fielding's blog, 'Media Inequality', and is republished with permission. You can follow Victoria on Twitter @Vic_Rollison.