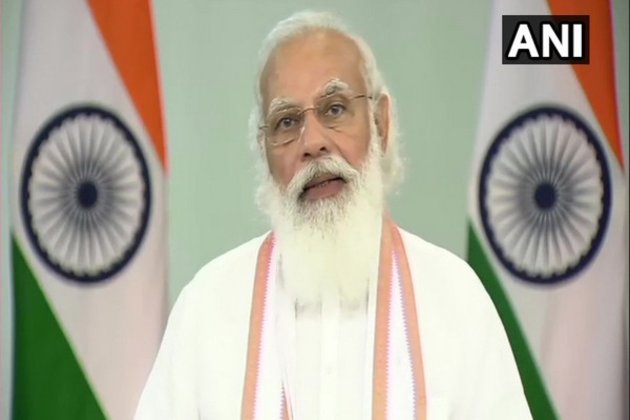 Washington [US], September 24 (ANI): Prime Minister Narendra Modi will participate in the first in-person Quad leaders meeting along with leaders of the US, Japan, and Australia in Washington on Thursday.

President Joe Biden will be hosting the first in-person Quad leaders' summit comprising Australia, India, Japan, and the US.

As part of their ongoing efforts to contain the COVID-19 pandemic, PM Modi along with US President Joe Biden, Australian Prime Minister Scott Morrison, and their Japanese counterpart Yoshihide Suga will review the Quad Vaccine initiative which was announced in March this year, the Ministry of External Affairs has said.

The leaders will review progress made since their first virtual Summit on March 12, 2021, and discuss regional issues of shared interest.

The Quad consists of four countries: the United States, Australia, India, and Japan. The Quad works on a far broader agenda, which includes tackling security, economic, and health issues.

The Summit on Friday would provide a valuable opportunity for dialogue and interactions among the leaders, anchored in their shared vision of ensuring a free, open, and inclusive Indo-Pacific region.

A US official has said that hosting the Quad fundamentally is a demonstration of the priority of engaging in the Indo-Pacific, including through new multilateral configurations designed to focus on 21st-century challenges.

During the first Quadrilateral Security Dialogue (Quad), the four leaders stressed a free, open, and rule-based Indo-Pacific region that is "anchored by democratic values, and unconstrained by coercion".

Prime Minister Modi arrived in Washington on Wednesday for his much-touted US visit. He had earlier addressed the Global COVID-19 Summit called by US President Biden.

Biden is scheduled to host PM Modi at the White House on September 24. This is going to be the first in-person meeting between the two leaders after Biden took over as the US President on January 20.

PM Modi's US visit will conclude on September 25 with an address at the United Nations General Assembly focusing on the pressing global challenges including the Covid-19 pandemic, the need to combat terrorism, climate change, and other important issues.

The high-level session of the UNGA began on Tuesday in New York. The theme for this year's General Debate is 'Building Resilience through hope to recover from COVID-19, rebuild sustainably, respond to the needs of the planet, respect the rights of people, and revitalise the United Nations'.

Ahead of leaving for the US to participate in Quad Leaders' Summit, Prime Minister Narendra Modi on Wednesday said his visit will be an occasion to strengthen the strategic partnership with the United States, Japan, and Australia. (ANI)