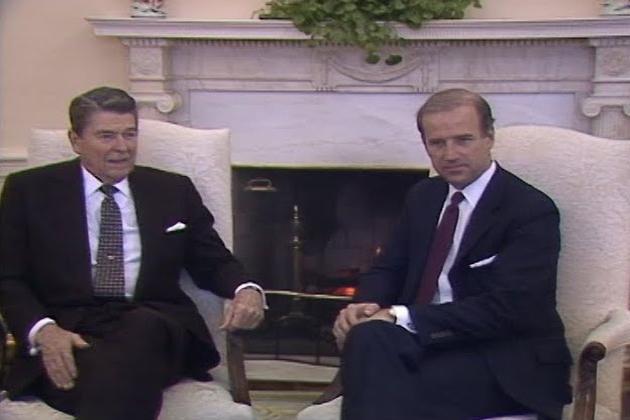 Watching the gigantic logjam on Capitol Hill as Democrats attempt to pass both the infrastructure bill and a multitrillion-dollar social spending bill through Congress while Republicans do their best to obstruct it, observers could be forgiven for thinking that Congress has devolved into a do-nothing partisan circus. But while all eyes were on the internecine conflict among the Democrats, the House of Representatives actually just achieved something significant.

In an effort to undo one of the gravest examples of racially biased injustices resulting from the war on drugs, the House voted on September 28 to end "the federal sentencing disparity between drug offenses involving crack cocaine and powder cocaine." The Eliminating a Quantifiably Unjust Application of the Law (EQUAL) Act of 2021 (HR 1693), passed on a vote of 361-66, demonstrating bipartisan support, although all 66 "no" votes came from Republicans.

Amidst media hysterics about "crackheads" and "crack babies," with a distinctly racial tinge, and a "tough-on-crime approach" resulting from the political posturing around crack use in the early 1980s, Congress passed the Anti-Drug Abuse Act of 1986, cosponsored by then-Senator Joe Biden (D-DE) and signed into law by former President Ronald Reagan. Under that bill, people caught with as little as 5 grams of crack faced a five-year mandatory minimum sentence, while people would have to be caught with 500 grams of powder cocaine to be handed the same sentence for the crime.

While appearing race-neutral on the surface, this law was disproportionately wielded as a weapon against African Americans. According to a yearlong investigation by the Asbury Park Press and the USA Today Network that "examined hundreds of thousands of arrest records and federal drug convictions" across the U.S. for more than 30 years, "Most crack users were and still are white, according to federal surveys, but [B]lacks were sent to federal prison nearly seven times more often for crack offenses from 1991 to 2016." Between 1991 and 1995, in the depths of the drug war, Black people were 13 times more likely to be caught up in the criminal justice meat grinder over crack in comparison to "every white defendant locked behind bars" for the same crime. And even in 2020, the U.S. Sentencing Commission reported that "Black people made up 77 percent of all federal crack convictions."

After years of effort by an increasingly broad alliance of organizations for drug reform, racial justice and human rights, also including religious and civic groups, the passage of the 2010 Fair Sentencing Act reduced the "disparity between offenses for crack and powder cocaine from 100:1 to 18:1," and the 2018 First Step Act, signed by former President Donald Trump, allowed people convicted before the 2010 law was passed to seek resentencing. But, as the Brennan Center for Justice at NYU Law pointed out in 2019, the First Step Act "marks progress for criminal justice reform, but it has some notable shortcomings. It will leave significant mandatory minimum sentences in place [and] two of the bill's key sentencing provisions are not retroactive." This criticism also led to calls like that the First Step Act "not be the only step." But now, finally, an end to the disparity is in sight with the recent movement on the EQUAL Act.

Reform advocates praised the passage of the EQUAL Act in the House.

"After the murder of George Floyd, it was obvious that we as a country needed to work harder to stamp out racial discrimination in our justice system," Kevin Ring, president of Families Against Mandatory Minimums (FAMM), said in a statement after the vote. "Eliminating the crack-powder disparity, which has disproportionately and unfairly harmed Black families, was an obvious target. [The September 28] huge bipartisan vote reflects the overwhelming public support for eliminating the crack disparity. We hope the Senate acts quickly to remove this 35-year-old mistake from the criminal code."

"For 35 years, the sentencing disparity between crack and powder cocaine, based on neither evidence nor science, has resulted in higher sentences that are disproportionately borne by Black families and communities. We applaud the House for passing the EQUAL Act, which will finally end that disparity, including for thousands of people still serving sentences under the unjust disparity who would now have the opportunity to petition courts for a reduced sentence," ACLU senior policy counsel Aamra Ahmad said in a statement.

"Congress should continue to work to end the war on drugs, including ending mandatory minimum sentences that disproportionately impact communities of color while failing to make us safer. Now that the House has taken this important action on the EQUAL Act, the Senate must quickly follow suit and finally end this racially unjust policy," she added.

The Senate version of the bill is S 79, which has been introduced by Senator Cory Booker (D-NJ) and co-sponsored by fellow Democrats Dick Durbin (IL) and Patrick Leahy (VT) and GOP Senators Rand Paul (KY), Rob Portman (OH), and Thomas Tillis (NC). After the vote, they prodded their Senate fellows to get moving.

"[On September 28], House Republicans and Democrats joined together in passing the EQUAL Act, legislation that will once and for all eliminate the unjust federal crack and powder cocaine sentencing disparity," the bipartisan Senate sponsors said in a joint statement. "Enjoying broad support from faith groups, civil rights organizations, law enforcement, and people of all political backgrounds, this commonsense bill will help reform our criminal justice system so that it better lives up to the ideals of true justice and equality under the law. We applaud the House for its vote today and we urge our colleagues in the Senate to support this historic legislation."

The bill has the support of President Biden, who endorsed it in June but faces uncertain prospects in the Senate. It will need at least 10 Republican votes to pass, and in this Senate, it is difficult to imagine 10 Republican senators voting for anything the Democrats support. Yet, the cause of criminal justice policy reform has made some strange bedfellows, and this Congress is a long way from over.

Phillip Smith is a writing fellow and the editor and chief correspondent of Drug Reporter, a project of the Independent Media Institute. He has been a drug policy journalist for more than two decades. He is the longtime writer and editor of the Drug War Chronicle, the online publication of the nonprofit Stop the Drug War, and was the editor of AlterNet's coverage of drug policy from 2015 to 2018. He was awarded the Drug Policy Alliance's Edwin M. Brecher Award for Excellence in Media in 2013.

This article was produced by Drug Reporter, a project of the Independent Media Institute.