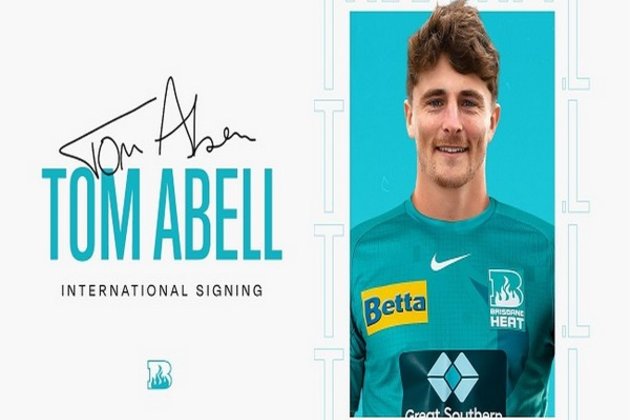 The Somerset captain will replace his county teammate Tom Banton, who opted not to take up his BBL contract with the Heat last month.

Heat coach Wade Seccombe said Brisbane Heat was excited to welcome Abell, who took Somerset to the final of the T20 Blast competition last month, including a stirring 78 not out from 45 balls in the quarter-finals and 50 in the semi-finals.

"The more we looked at Tom, and the more people we caught up with, the more confident we became that he would fit really well into the Heat,'' Seccombe said in a statement.

"Tom has worked hard to improve his T20 game and has certainly blossomed in the past few seasons. He played hockey at a high level as a youngster and is a bit unorthodox at the crease so he will certainly fill a role for us," he added.

The English batsman said the signing was a significant career milestone.

"I cannot wait to get out to Australia and join up with the Heat club. I have always been a huge fan of the BBL and there has been a long-standing connection with the Heat and Somerset with the likes of Lewis Gregory, Tom Banton, Craig Kieswetter and Roelof van der Merwe over the years," said Abell.

"I am really excited by the opportunity, and I am looking forward to getting stuck in and doing my bit for the team," he added. (ANI)