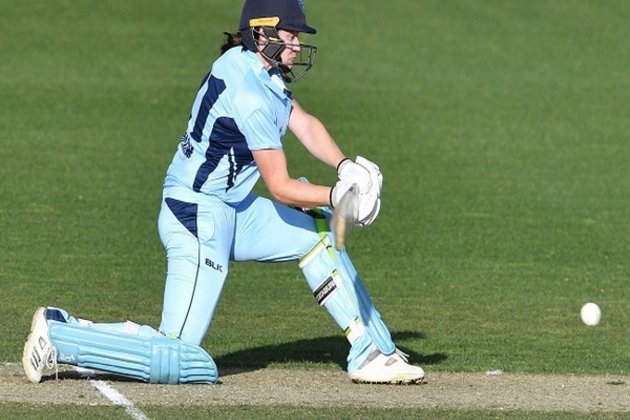 Wilson will be replaced by Tasmania-based player, Emily Smith, in Saturday night's match against the Adelaide Strikers.

According to Sydney Thunder, the competition's defending champions have called Smith in under the WBBL's local replacement player rules for Saturday's match at Blundstone Arena.

Thunder's coach Trevor Griffin described Wilson's injury as 'minor,' but he preferred to play on the side of caution.

"It's only a mild strain, but with a dense competition ahead of us we decided not to take any risk with it. Tahlia will be a bad loss for us, she brings so much to the team, but we think sitting her out for one game is a great course of action," Sydney Thunder's website quoted Griffin as saying.

"Emily is a wicketkeeper from Tasmania. She's a great character, and will add to our group -- and she's tidy behind the stumps," he added.

Emily Smith described her opportunity to play for the defending champions as 'crazy'.

"It's been a crazy 16 hours. I was in the Hurricane's squad [of 13] and today I'm with Sydney Thunder. It's incredible! However, I'm grateful for the opportunity Thunder has presented, and I'm grateful the Hurricanes have agreed to let me play," said Smith.

Meanwhile, WBBL organisers have said they are currently working with the Tasmanian Government on exploring the options to stage weekends games amid the COVID-19 induced lockdown. (ANI)