Was trying to ball in right spot, pitch was offering natural help: Shardul 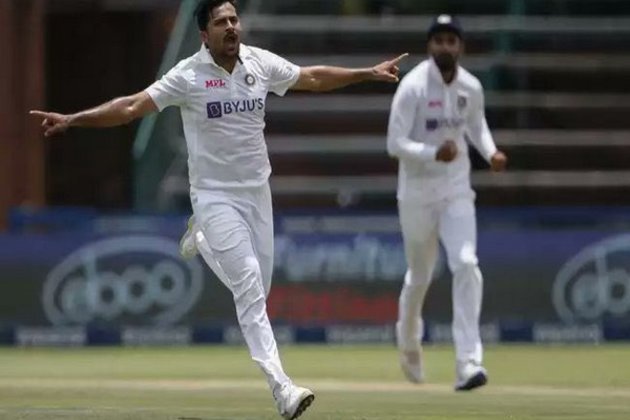 Shardul Thakur picked seven wickets as South Africa was bundled out for 229 in the first innings of the second Test on Tuesday.

"When I enter the ground, everything is about confidence and self belief for me. I go in with full confidence as there is no second major, so I think it's a simple and a small mantra for my success in recent days and I would like to continue this form whenever I play. I always play to win, even when I look at the other players, I like those who love to win the game for the team," said Shardul in a video posted on BCCI TV.

"I was just trying to pitch the ball in the right spot, looking at my bowling and there was a natural help from the pitch so, tried a little bit of swing here and there and rest I think is God's will and I am very happy about it," he added.

On being asked by bowling coach Paras Mhambrey about the origin of the term 'Lord Shardul', the all-rounder said that it might have started while playing in a home series against England.

"Seriously don't know when did that happen, who started naming me lord. But I am sure it started in the series against England. It was a home series after we returned from Australia just before the IPL, that was the series where I got a lot of wickets, mostly two consective wickets in an over, so I Think from there the name arrived," the all-rounder told Paras Mhambrey.

At Stumps on Day Two, India's scorecard reads 85/2 with Pujara (35) and Rahane (11) on the crease. Just like Day One, 11 wickets fell on the second day as Shardul Thakur dominated the proceedings on Tuesday.

India in the second innings got off to a bad start as stand-in skipper KL Rahul was dismissed in the seventh over. India's problem further increased when Mayank Agarwal offered no shot and was given LBW out in the 12th over.