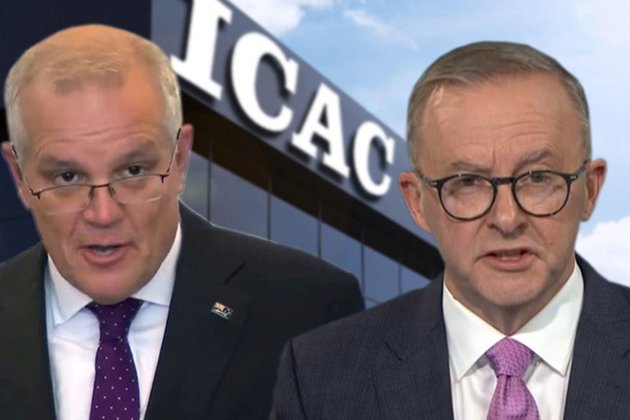 The establishment of a federal anti-corruption commission is shaping up to be a key election issue.

Throughout the election campaign, calls for a robust, fit-for-purpose anti-corruption body have featured prominently.

Currently, there is no such body at the federal level equipped to stamp out government-based corruption and reprimand officials who commit acts of corruption.

The Labor Party, the Greens, "teal" independents and some minor parties - including the Animal Justice Party, Federal ICAC Now and the Reason Party - have spent much of the campaign outlining the urgent need for matters of government corruption to be dealt with by an independent, well-resourced and specialised agency. Many of these parties have also articulated their respective models for a possible anti-corruption body.

The electorate overwhelmingly supports the development of such an institution. A recent poll by the Australia Institute found that 75 per cent of Australians believe that a Commonwealth Integrity Commission should be set up. Only seven per cent of those polled opposed such a move.

This poll, the results of which were consistent with previous polls, indicates that the Australian electorate is alive to the issue of corruption - the abuse of entrusted power for private gain.

Various scandals connected to matters of possible corruption have engulfed the Coalition Government during its nine-year tenure, including "sports rorts", "car park rorts", the Western Sydney airport deal and the water buyback scheme.

At the 2019 Election, Prime Minister Scott Morrison pledged that his Government would establish a federal integrity commission before the end of its term. That promise remains unfulfilled, with the 2022 Election just a week away.

Within the last month, the Prime Minister cast further doubt on whether his Government would ever establish an anti-corruption body, stating that it would require the Labor Party to support its current proposal. Labor has unwaveringly opposed the Coalition's model, saying that it doesn't go far enough to combat government-based corruption.

Prime Minister Morrison's public statements on the possible "risks" associated with erecting an integrity commission have indicated that, at best, he and his Government are recalcitrant actors. He has described the New South Wales (NSW) Independent Commission Against Corruption (ICAC) as a "kangaroo court", an attack rebuked by Premier Dominic Perrottet and one its commissioners, Stephen Rushton, SC.

He has also questioned whether a "federal ICAC" would be run by "faceless officials" and could produce a "public autocracy".

If elected, Labor must reinvigorate the Australian Human Rights Commission

Models of best practice: Looking at the commission proposals

The Coalition has proposed to give effect to a Commonwealth Integrity Commission (CIC), which has been characterised by Associate Professor Yee-Fui Ng as a 'weak, watered down' model.

In relation to Labor's model, Associate Professor Ng suggested that:

The Coalition's proposal requires that a 'reasonable suspicion of corruption amounting to a criminal offence' exist before the CIC could undertake an investigation.

Labor's proposed National Anti-Corruption Commission (NACC) instead stipulates that 'allegations of serious and systemic corruption' exist as a prerequisite for an inquiry to commence.

Associate Professor Ng indicated that the Coalition's 'bar for investigation' is too high, while Labor's is 'proportionate'.

The Coalition's CIC could also not receive and act upon complaints from members of the public. Labor's model would enable its NACC to consider and take action with respect to reports of corruption from the public and whistleblowers.

Labor's model, as well as some minor parties, would support a prospective commission to examine matters of corruption retrospectively.

Little has been done to stop white-collar crime in the banking sector despite a number of inquiries and a Royal Commission into fraudulent activity.

The prospects of securing an effective anti-corruption commission

Given the Prime Minister's recent comments and his Government's record, it seems highly unlikely that a re-elected Coalition would deliver an anti-corruption body during its next term. It appears even less unlikely that the Government would establish a commission that would satisfy the demands of civil society, the Federal Parliament and the electorate at large.

In contrast, Labor has promised to 'legislate a powerful, transparent and independent' anti-corruption body by the end of the year.

The Greens, "teal" independents and some other minor parties have made anti-corruption commitments a central tenet of their policy platforms. A parliament with more of these parties and members - including a minority government in which these figures hold the balance of power - would likely increase the probability of realising an integrity commission.

The establishment of an effective anti-corruption commission may contribute to increased public trust in government, ameliorate economic waste and create the conditions for governments to act in the public interest.

Nicholas Bugeja is a Bachelor of Laws (Honours) and Arts graduate from Monash University and an assistant editor for Independent Australia.