The Seven Mountains of control a threat to democracy 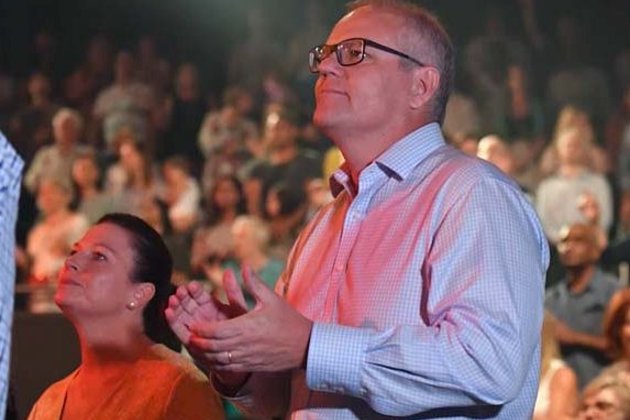 The Pentecostal Church's Seven Mountains Mandate is an affront to democracy and a danger to society, writes Bilal Cleland.

THE SEVEN MOUNTAINS mentioned in the Book of Revelations in the New Testament are taken by mainstream Bible interpreters to refer to the evil empire on the Tiber, the seven hills of Rome.

A minority of Christians, less historically oriented, have another interpretation.

A branch of dominionism, which sees adherents of their variety of Christianity as entitled to dominion over the Earth, interprets the Seven Mountains as aspects of human society.

The Seven Mountains over which they claim dominion are education, religion, family, business, government and the military, arts and entertainment, and the media.

This is an important part of American evangelical Christianity. It is widely supported by adherents of the collection of churches know as Pentecostal.

Morrison and the secret Pentecostal plan for world domination

Let me tell you about the most brazen assault on Australia's secular democracy you have probably never heard about.

Again, because there are so many different sects of Pentecostals, beliefs tend to differ in some ways. Most of the churches share the belief that salvation is through Jesus, healing is possible through him.

Most Pentecostals believe in medicine and doctors, but also believe in divine healing. Most believe that baptism in the Holy Spirit begins when the person begins speaking in tongues.

An article on Christianity.com reveals:

One aspect of Pentecostalism which has caused concern is its neglect of physical reality.

Whilst primarily an American phenomenon, this variety of Christianity exists in Australia with many high profile individuals, including leading conservative politicians and former Prime Minister Scott Morrison.

Former Pentecostal Christian Corrina Elaine discusses the Evangelical faith's 'programming' and how this is likely to influence the PM's decisions.

According to Philip Almond, Emeritus Professor in the History of Religious Thought at the University of Queensland, it is impacting upon the response of the Australian Government to key issues:

He points out that Morrison's "have a go" philosophy 'sits squarely within Pentecostal prosperity theology'. This is the view that belief in God leads to material wealth.

Steve Davies warns about one extreme aspect of the Seven Mountains Mandate, the Extreme World Makeover:

The perils of politicians praying in public

Concerns are increasingly being raised about the religious faith of senior Australian politicians.

IA founder David Donovan in 'Morrison and the secret Pentecostal plan for world domination', points out:

Given the increasing numbers of this sect, all people of goodwill would do well to be aware of this intent to exercise dominion over the Seven Mountains.

The subjugation of society to such an interpretation of Christian scripture would destroy any notion of participatory democracy, multiculturalism or religious freedom.

It is basically medieval totalitarianism.