Memo to Labor: you need more tax, working out how much more is urgent 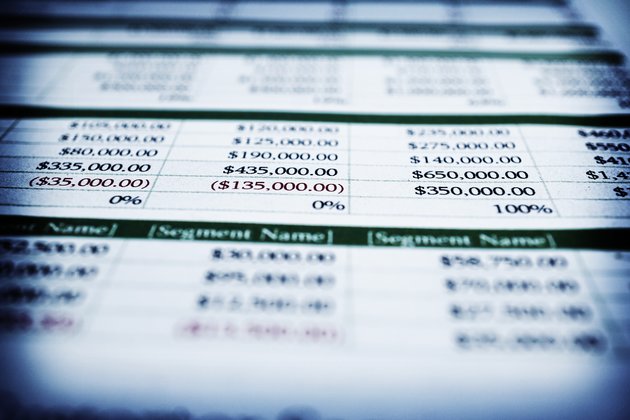 The new government has inherited an extraordinarily difficult budget situation.

The budget deficit amounts to 3.5% of gross domestic product this financial year and it will be almost as high next financial year at 3.4%, after which the budget papers project deficits for the entire ten-year forecast period.

At the same time, the unemployment rate has fallen to 3.9% - the lowest in five decades. It is so low it is below the 4.25% the treasury believes is needed to stop inflation accelerating.

In other words, the economy is operating at full capacity and inflationary pressures are mounting, with businesses complaining about difficulties in finding labour and supplies.

Households and businesses are flush with cash saved during the pandemic and prepared to spend more.

A responsible budget would immediately wind back the deficit and get to surplus within two years. Without that kind of restraint, inflationary pressures will mount and interest rates will climb higher, hurting mortgagees and crimping growth.

During the election campaign, Labor's budget strategy was built around:

minimising the number of its own expenditure proposals, so that next year they would add only a net A$1.1 billion to the estimated $77.9 billion deficit

"quality" spending proposals, with Labor claiming its plan would "alleviate supply-side pressures by enhancing the productive capacity of the economy"

a crackdown on multinational tax avoidance and achieving substantial savings by auditing the previous government's "rorts, waste and mismanagement"

So far, so good. But it is extremely unlikely this strategy will be sufficient to restore budget balance, and impossible for it to restore it within two years.

For one thing, even though much of Labor's proposed spending is worthwhile, it will add to aggregate demand (spending) in the economy in the same way as would bad or wasteful spending.

For another, even though some of Labor's new expenditures on things such as a better-trained workforce and cheaper child care can be expected to accelerate economic growth, they are unlikely to lift the growth rate growth rate above that underpinning the treasury forecasts in the pre-election outlook.

But in the first six years of the Coalition government, pre-COVID, the annual rate of labour productivity growth averaged only 0.85%.

Furthermore, this slowdown is common to all developed economies. This means while Labor's new programs can be expected to boost economic capacity, it is very unlikely they will lift growth above what the treasury already assumes.

Maybe an extra 4% of GDP

As important, essential services are struggling after years of under-funding.

Labor has recognised this in instances such as health, aged care, facilitating the reduction of carbon emissions, and national security, but its costings made insufficient allowance for the spending that will be required.

And more will be needed in other areas, such as higher education and research.

Overall, my rough guesstimate is that even after the savings to be had from the audit of the former government's "rorts, waste and mismanagement", the new government will still need to raise additional revenue equivalent to around 4% of GDP if it is to close the deficit and adequately fund essential services.

Unfortunately, this extra revenue can't be expected to come from economic growth for the reasons already given. It will have to come from raising more tax.

And that's a problem. Australia has developed a culture where low taxation has been seen as an end in itself. For Labor to succeed, it needs to change the debate.

To this end, the new government has to quickly establish an expert committee (not a royal commission made up of lawyers) to conduct a fundamental public investigation of how much extra revenue is needed to guarantee the funding of the essential services that are underperforming and underfunded.

Read more: A new dawn over stormy seas: how Labor should manage the economy

Instead of being constrained by some arbitrary taxation cap, the committee would develop a bottom-up estimate of how much in total is required to ensure the cost-effective provision of essential services.

In developing this bottom-up estimate, the committee would be supported by more specialist committees, such as the proposed committee to be chaired by the incoming minister for health. The eventual report would provide a carefully considered and expert assessment of how much extra spending is needed.

...then work out how to pay for it

It should also be noted that even if the extra revenue required amounted to as much as 4-5% of GDP, it would leave Australia more-lightly taxed than almost every other OECD country in Europe.

Following public consideration of that first inquiry, a second inquiry would establish how best to raise the additional revenue required. Again, the inquiry process, the evidence produced, and the final report, would be instrumental in achieving public support for the types of tax reform that were needed

These inquiries and what follows will inevitably take time - years not days.

Read more: Stand by for the oddly designed Stage 3 tax cut that will send middle earners backwards and give high earners thousands

That means that some of what Labor wants to do will take time. Some will have to be part of Labor's platform for a second term.

But the restoration of the budget balance is urgent. It could be accelerated if Labor grasped the nettle and rescinded the Stage 3 tax cuts it has agreed to.

Labor has been fearful of debating taxation ever since the 2019 election, presenting itself as a small target.

This means it has served up a contradiction. Australians have been promised the services they need without a tax setup that will pay for them.

In 2022 Australians voted for change. Albanese and Treasurer Chalmers need to build on that and change the debate around tax. Now is the right time to start.

It needs to get Australians to understand what American jurist Oliver Wendell Holmes was getting at when he said taxes are what we pay for a civilised society.