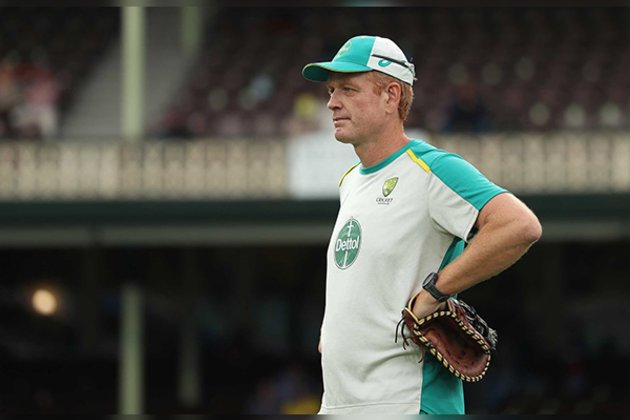 McDonald tested positive for the COVID-19 on Tuesday afternoon and will not be able to fly to Sri Lanka with the remainder of the team this week as he remains in isolation in Melbourne for a seven-day period.

The official Twitter handle of Cricket Australia took to social media to confirm the news and wrote: "Rest up coach. Michael Di Venuto will coach the Australian men's T20 side before Andrew McDonald re-joins the squad at the conclusion of seven days isolation."The upcoming Australia's tour of Sri Lanka is set to be McDonald's first assignment as a full-time head coach. Newly appointed assistant coaches Daniel Vettori and Andre Borovec will work alongside McDonald during the two-Test series.

McDonald's missing means assistant coach Michael Di Venuto will take the reins for the opening T20I of the series on June 7 in Colombo, with McDonald likely to join the remainder of the team ahead of the second match of the series at the same venue on June 8.

The Australia T20I squad will be missing its first-choice players like Pat Cummins who has been rested and Adam Zampa who is on paternity leave. But the duo will be available for the ODI series against the hosts.

The tour, featuring three T20s, five one-day and two Test matches, is going ahead despite political and economic crises in Sri Lanka. (ANI)