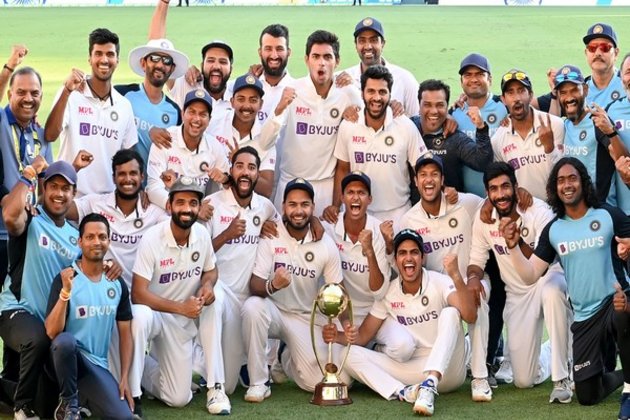 Mumbai (Maharashtra) [India], June 1 (ANI): Director Neeraj Pandey is all geared up to take cricket aficionados on a nail-biting journey of the 2020/21 India tour of Australia in the upcoming web series, titled 'Bandon Mein Tha Dum'.

Ahead of its release, Voot launched the riveting trailer of the Neeraj Pandey directorial at its launch event in Mumbai, to give viewers a sneak peek into India's historic win against Australia, the world's no. 1 Test side.

Coupled with a powerful script, behind-the-scenes footage, candid narratives from the winning squad like Ajinkya Rahane, Ravichandran Ashwin, Cheteshwar Pujara, Mohammad Siraj, Rishabh Pant and Hanuma Vihari, their coaches, as well as journalists who covered the series, 'Bandon Mein Tha Dum' sheds light on the trials and tribulations that the Indian cricket team had to navigate ahead of their unforgettable victory against Team Australia at their home ground of Gabba, where they hadn't lost a Test match for 32 years.

The web series focuses on how the team played extraordinarily high-quality cricket and simultaneously redefined the concept of hard work, perseverance, determination, and commitment, setting the highest standards of sportsmanship while breathing new life into the fading format of Test cricket.

Talking about how 'Bandon Mein Tha Dum' came about, Neeraj Pandey in a statement shared, "Bandon Mein Tha Dum is an epic tale that outlines 'Miracles do happen' and it happened in the India-Australia Test series 2020/2021 which culminated in India's stunning defeat of the world no.1 test side at their hallowed home turf of Gabba where they hadn't lost a test match for 32 years."Cricketer and captain of the series, Ajinkya Rahane said, "This has been one of the most satisfying tours for us as a team. We tackled various obstacles to emerge victorious, something which seemed difficult to many outside the team back then. When I took over as the captain, my major focus was to make sure that the morale of the team remained intact. After the first defeat, we managed to come back stronger in the second Test match held in Melbourne. It has been an emotional journey for all of us. However, the second victory was followed by injuries to some of the team's key players, which gave rise to more challenges. Bandon Mein Tha Dum beautifully encapsulates this journey."Ravichandran Ashwin added: "The India tour of Australia remains to be amongst most unforgettable experiences as a cricketer. I remember how Hanuma and I were on the field for more than two-and-a-half hours despite enduring some serious injuries. But it was a do or die situation for us. Nothing seemed more important than India's victory against Australia, and I couldn't be more proud of being a part of that historic tour. Bandon Mein Tha Dum unfolds an emotional journey that ultimately led to a remarkable victory." (ANI)