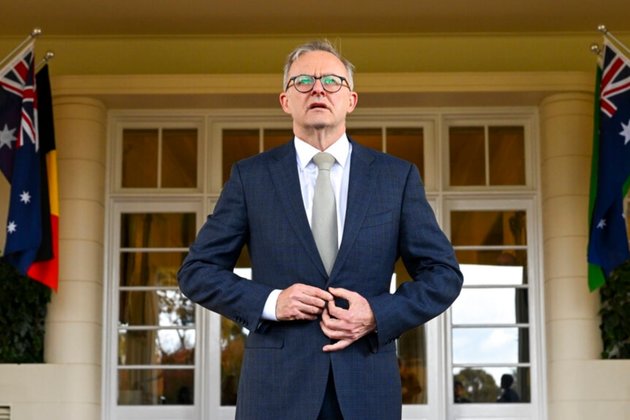 SYDNEY - New Australian Prime Minister Anthony Albanese will travel to Indonesia on Sunday, where trade and security will be high on the agenda. His trip comes as Australian foreign minister Penny Wong arrives in Tonga on Friday - part of the new government in Canberra's boosting of efforts to counter China's growing ambitions in the Pacific.

Australia and Indonesia have cooperated closely on terrorism and cybercrime. Last year, they agreed to expand combined military training exercises and education programs.

However, experts have said that bilateral trade has been falling, partly because of the COVID-19 pandemic's impact on tourism but also because of a perceived lack of knowledge by Australian companies on how to do business in Indonesia. The large Muslim-dominated country is Australia's 14th largest commercial partner.

Wong said Australia will continue to enhance relations with its regional partners.

"All the nations in the region understand that we are in a time of great change and that our region is being reshaped and all nations are seeking to find their way through that in a way that accords with their interests," she said. Australia's prime minister and foreign minister, she said, are "going to put to the countries of the region our perspective on where those interests are shared and what work we can do to ensure they are preserved."

Before Wong flies to Indonesia, she will meet leaders in Samoa and Tonga -- her second visit to the South Pacific in just over a week as the new government in Canberra races to challenge China's diplomatic efforts.

However, other island nations have rejected a trade and security pact promoted by the Chinese foreign minister, Wang Yi.

Some of the region's leaders were reported unwilling to agree to China's accord because they felt the process had been rushed.

Wang has insisted Beijing has no intention of competing with other countries for influence in the region. Wang Yi's tour of the South Pacific is continuing Friday in Papua New Guinea.