Blockade Australia unfairly maligned by police, media and the Left 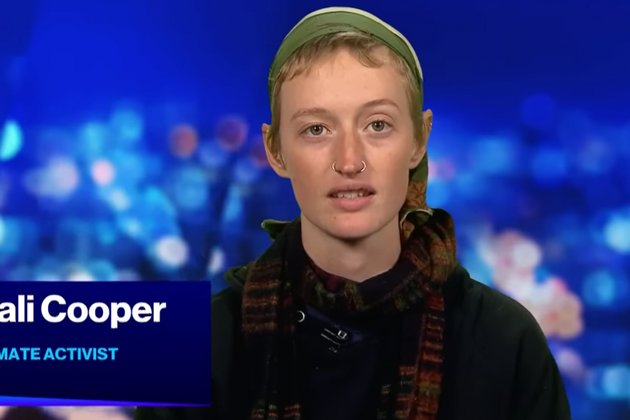 Three factions are conspiring to distort the truth over the matter of Blockade Australia (BA) activists' recent police persecution.

One is, obviously, the NSW Police themselves. Another is the Australian establishment media and the other, lastly, is the organised Australian left. They are all annoying, but as it's the only one I expect anything decent from, I suppose the latter faction is annoying me the most.

After BA's march last Monday in the Sydney CBD, several of them were arrested. Their bail conditions include the kind of anti-association orders usually reserved for bikies, not using encrypted communication apps and not entering the CBD. Their potential sentences include up to $22,000 in fines or two years in gaol.

At that march, a car ran through the marchers. It's lucky nobody died. The driver received only a $469 fine and 3 demerit points, significantly less punishment than what BA activists face. The practical difference between marching through a street and trying to run people over is not that one of these acts is violent, it seems. It's that only one has the entire force of the NSW Police arranged against it.

The NSW Police are making an example of BA activists to impress upon the Australian activist scene what their current agenda and attendant capability is. Namely, they have blossomed into a "super-judicial force" to deal with the most dangerous Australian of all: a young, non-violent climate activist.

Police bending the law with apparent impunity is nothing radically new, but it's particularly transparent right now.

Extinction Rebellion - why I got arrested

Perth mother and Extinction Rebellion activist Julia Jones describes why getting arrested made an important statement.

Members of BA tried to quietly gather in a park outside of Sydney on Wednesday to talk about next moves after being repeatedly raided, imprisoned and harassed by NSW Police. In that park, they were again raided (for the third time) by a battalion of militarised cops. NSW Police also appear to have "creatively" used bail laws to harass Mali Cooper, who on Monday blocked Sydney Harbour Tunnel traffic by locking herself on to a car with a bike lock.

She was again arrested on her way home to Lismore after police "calculated" that she wouldn't get home in time to meet bail conditions.

It's a campaign of pretty flagrant repression of a peaceful group of activists. And it's only half the story because journalists are being shut out of court proceedings related to BA arrests. That's not proving to be much of an issue for the Australian media, however, because most of them don't care what the justice system is up to here.

They're preoccupied with telling BA members off, doxxing them and encouraging people to fantasise about potential punishments for them.

I listened to 2GB on the day of the Monday rally. For the unforgivable crime of stopping some cars for a bit, bloodthirsty talkback callers-in raged that these activists must have their cars crushed, be sent to hard labour, forced to pick fruit, have their dole cancelled (of course), put in solitary confinement for two years and so on.

The Daily Telegraph has since been stalking BA members and doxxing them, publishing intimate details of their private lives, along with The Daily Mail. On Tuesday evening, Mali went on The Project to explain herself (which she did brilliantly) and to be lectured by Kate Langbroek for being "extremely divisive" and "privileged".

It's really low-hanging fruit to lecture tree-huggers for caring about stuff, a pastime Aussies have been taught to love. A frenzy of anti-activist fervour was cultivated during the Extinction Rebellion protests in 2019; it's really easy to reinvoke that bottom-feeding rage against activists.

Camo-clad NSW Police morons stalked BA activists, who were caught red-handed hiding out behind a log peeking at them on private property. First, they played dead fish, then they hastily improvised some rubbish to arrest BA members for.

It's an amazing, ridiculous story, but not one that most Australian journalists cared about. The majority of them regurgitated NSW Police's spin about "fearing for their lives". I admire the mental gymnastics it takes to accept that Judge Dredd would quake in fear before an unarmed greenie having a cuppa in the bush.

Before this display of state repression, and its assembled cheer squad, it's sad to see that much of the organised left in Australia does not appear to give a shit.

I found myself in a minority of Australian left voices in helping to promote and encourage attendance of last week's mobilisation. A comrade told me that climate activism can be a tough sell, because it's fighting against an invisible enemy. And after all, they said, the NSW Police did their level best to make participating in the mobilisation really intimidating. That's all very true, but it doesn't alter the fact that many local left voices didn't even acknowledge the mobilisation.

I suspect the centre-left lot are busy kidding themselves that the new Labor Government will fix everything. More broadly, I wonder if the Australian left has become welded to the idea, over the pandemic, that their ultimate political output ought only be the delivery of impeccable hot takes via social media. To be fair, for much of the pandemic that's all we could do. But now these voices have abandoned any other role.

I reckon if you see yourself as part of the activist left in Australia, your output should also involve... promoting activist movements.

Dr Martin Hirst attended the Stop the Far-Right rally in Melbourne on 20 November, organised to counter the fascism seen in anti-vax rallies.

I've seen a vanguard of online lefties in Australia picking apart BA's tactics and blaming them for being the catalyst for further state repression. (As though the state weren't planning on repressing more regardless.) We like to talk about a "diversity of tactics" on the left, meaning an environment of acceptance for the way different factions pursue different strategies to help achieve the same goals.

For some lefties, that "diversity" actually means: they take action, and I snipe at it afterwards.

Elsewhere, I've been raged at for supporting disruptive activism. "They're blocking ambulances," I'm breathlessly told. I have been around for long enough to remember when this accusation started: when the right were howling about hypothetical ambulances getting waylaid by activists. That was back in 2019, when XR and mining blockades were doing the protesting. (Nevermind that ambulances actually do get let through blockades. It's just a "brain worm" to malign grassroots activism with.)

The problem here is that many people shared my distaste for the anti-lockdown movement and came across my commentary through the pandemic, but now they've discovered where we part ways. They're horrified to find I don't actually mind a traffic jam or two. But you have the same attitudes as Ray Hadley about disruptive protest, so you aren't my comrade. I want to be at the barricades. You would prefer to be on Twitter, moaning about traffic delays and Hypothetical Ambulances.

When more of the Australian left can pitch in for activists who are bearing the brunt of the police's force, we will be stronger. With that strength, we will disrupt with greater numbers and power, and the risk posed by super-judicial coppers will be better distributed. We will be able to speak back more powerfully to the media, and ultimately, back to the police.

The actions of the NSW Police, and their media cheerleading team, are reprehensible; but I believe that fighting back against this repressive climate begins with the left. I really hope more comrades will stop sitting on their hands.

Tom Tanuki is a writer, satirist and anti-fascist activist. Tom does weekly videos on YouTube commenting on the Australian political fringe. You can follow Tom on Twitter @tom_tanuki.