SINGAPORE, July 27, 2022 /PRNewswire/ -- G.H.Y Culture & Media Holding Co., Limited (G.H.Y), a leading player in the media and entertainment industry, is proud to announce the launch of more Singapore-China collaborations for the creation of original entertainment content (also known as IP projects) for 2022 and beyond. The G.H.Y Singapore and China production teams will be collaborating to produce and release 3 Singapore-China short drama series from July to September 2022. This format, familiar to audiences in China on streaming platforms such as Douyin and Bilibili, will introduce Singapore viewers to a relatively new form of entertainment content - the short drama series.

The success of G.H.Y's previously released short dramas in China is testimony to the changing demand for entertainment content through streaming entertainment platforms and linear TV. G.H.Y intends to continue to strengthen partnerships with new content platforms and attract a broader base of millennials and Gen Z audiences with the production of more short drama series. To date, this business unit has attracted more than 1 billion viewers across its published short drama content, with each series garnering up to 150 million viewers.  Each short drama series is slated to run for 2 or 3 seasons, with 12 to 16 episodes per season, and each episode will be approximately 3 minutes.

3 other live entertainment projects are in the pipeline to be launched in Singapore, including 2 Chinese musicals - The Ferryman, based on the original play of the same name that has toured the world for over 50 productions, and Horror Stories of Tang Dynasty  - and a first-ever immersive live action game based on G.H.Y's Legend of Tang Dynasty drama series, where participants will be able to take part in an actual game setting mirroring the drama series.

In order to expand their regional footprint, G.H.Y has also started collaborative efforts with tertiary institutions like the National University of Singapore (NUS) to identify, train and promote talent across the Southeast Asia (SEA) region. Starting with Pitch It! - an annual tertiary-wide marketing competition organised by the NUS Communications & New Media Society in collaboration with G.H.Y for student scriptwriters, whose winning submissions will be produced and filmed by the G.H.Y production team and streamed to a global audience.

G.H.Y's has also entered into a strategic joint venture to establish a Singapore-based talent management agency with iQIYI as part of its business strategy and growth plans, to focus on the development of artistes who are primarily based in the SEA region and facilitate access to wider audiences and exposure to new markets for G.H.Y.

G.H.Y also intends to collaborate with Singapore and regional businesses looking to expand their awareness and reach to China through G.H.Y's entertainment content. Brands looking for entry into China or to reach out to Chinese audiences will find G.H.Y's short dramas, concerts, musicals and movies a suitable platform to establish brand recognition through advertisement and product placements for their products and/or services.

"G.H.Y aims to be a cultural bridge between Singapore, Southeast Asia and China, linking consumers, brands and cultures to build better understanding and rapport for greater collaborations and opportunities in Asia," says Li Si Wei, G.H.Y's Head of PR and Distribution, Singapore. "One of the main reasons for us to establish a Singapore headquarters and an Indonesian office is to develop closer ties with these markets on the ground, so that we can develop the entertainment industry, its talent pool, and produce content for Southeast Asian and China audiences to create closer ties between Singapore, Southeast Asia and China. We find that movies, dramas and entertainment content can create shared bonds for greater understanding and appreciation of one another's culture, which G.H.Y aims to achieve."

For details on G.H.Y's Singapore-China productions, see Appendix A.

For details on G.H.Y's Singapore spokespersons and biographies, see Appendix B.

For details on the key Singapore production team and actors involved in the Singapore-China productions, see Appendix C.

G.H.Y Culture & Media is one of the region's leading companies in the production and distribution of films and dramas and presentation of live entertainment.

G.H.Y Culture & Media Holding Co., Limited and together with its subsidiaries and affiliated entities ("G.H.Y" or "G.H.Y Culture & Media" or the "Group") is an entertainment business that focuses on the production and promotion of dramas and films and presentation of live entertainment in the Asia-Pacific region. Our quality works have gone from strength to strength over the past years and have enjoyed many notable successes with our audience in the Asia-Pacific region.

Currently headquartered in Singapore and the PRC with over 170 employees across Singapore, Malaysia, China and Australia, the Group also engages in talent management services, post production and visual effects services, props, costumes and make-up services. 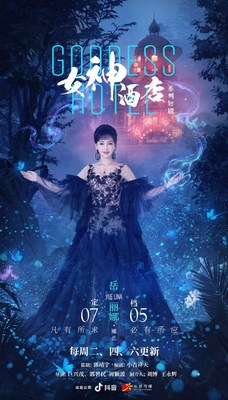 In the legendary Goddess Hotel, whatever you ask for, will be granted. The owner, Na Lan, has the ability to fulfil wishes, but in exchange, she will acquire the most precious things from the requestor.

In the middle of the night in Singapore, a Nyonya spirit by the name of Tanya appears in Singapore.  After an unforeseen accidents, she forms an indissoluble bond with taxi driver, Ah Hong, and the pair start on an adventure to find memories in the city, evoking a series of emotional stories.

"Ability Bureau" is a magical plot weaved with comedy. It is the year 2053 of the parallel universe 201. The Infinite is revived, and under the leadership of the newly-risen Nan Wang Pingtou, Boss Xue who was imprisoned in the Abilities Hospital, is rescued. Together, Nan Wang PingTou and Boss Xue scramble for the energy box to gain dominion over the supernatural world. The supernatural world will encounter a major shift as the war is heads towards its conclusion.

As a derivative of the original, The Ferryman (released in 2014 with 20 episodes) this musical premiered in the winter of 2020. The musical version still features Yu Yi as the leading actor, continuing the original play's creative and character standpoint. The original play has toured more than 50 times nationwide. In The Ferryman, a young man who can see ghosts, works together with the "soul ferryman" to help wandering souls with their unfulfilled wishes, so that the souls would finally be able to be ferried to "the other side".

The musical continues the prototype worldview, character setting, and spiritual core of the film and TV version, but is independent from the original story and unlocks exciting and bizarre new cases.  In this musical, the production team will recreate the Tang Dynasty, spanning across Chang'an, Nanzhou, and Luoyang, while deciphering Lu Ling Feng and Su Wu Ming with unprecedented "story depth" to unveil the real reasons and mysteries behind these bizarre cases.

Number of players in a single game: 12-60 people

Estimated number of participants: 30,000 per year

Game features: Based on the virtual game world view, through the film-level setting and clothing designs, an immersive environment is created where real Non-Player Characters (NPC) actors will lead players through time-travel, exploring the various endings of this immersive live action game.

With more than 15 years of experience in internet, film, and television industry, Si Wei has extensive experience in branding, intellectual property content promotion, business development and international team management in the global market. He has served numerous times as a guest speaker and reviewer at international and Chinese marketing summits.

Wu De is in charge of development, operation, overall planning and distribution of films and television dramas for G.H.Y. As the overall person in charge of short drama and short video business in the organisation, he is also in charge of one of the fastest growing divisions in G.H.Y.

Peng has served as an artiste broker and stage producer and is good at systematically packaging and promoting artistes. Over the years, he has successfully planned and executed many high-profile events, such as "Mirror Flowers and Water Moon". His core responsibility in G.H.Y China involves crafting the creative directions as well as managing all aspects of concerts and musical businesses in the organisation.

Zhi Chao joined G.H.Y China in 2011.  As an in-house screenwriter, he has assisted director Guo Jing Yu for many years, and has also been intimately involved in the creation of many film and television dramas for the company.  His recent screenwriting works include "Heroes Huo Yuanjia" and "The Promised Youth Forever".  In 2022, Zhi Chao was also appointed as the assistant to the Executive Chairman and Group CEO and the head of the interactive entertainment department, which is in charge of live entertainment, animation comics and audiobooks.  His main role is to find innovative business areas to expand, based on the existing resources of G.H.Y.

Boris has been in the film and television industry for 25 years.  He made his directorial debut in 2009 where he co-directed Where Got Ghost? with Jack Neo. In 2007, Just Follow Law, a film that Boris conceptualised and wrote, was nominated for Best Original Screenplay at the 44th Golden Horse Awards 2007.

In 2019, Boris won Star Awards' Best Short-Form Drama Series with his web series Love at Cavenagh Bridge. His works such as K.O. and While You Were Away were also finalists in New York Festivals 2017 and Star Awards 2019 respectively. His latest work, a 132-episode drama, Recipe of Life, recently bagged both the Best Actor and Best Actress Award at the 2022 Star Awards.

Boris joined G.H.Y in 2021 and is currently an Associate Lecturer in Ngee Ann Polytechnic, teaching both Film and Media Studies and Chinese Communication Studies.

She currently heads the production team at G.H.Y (Singapore) and aims to deliver over 100 hours of content starting with the re-make of the classic Singapore TV series - The Little Nyonya (released in June 2020 with 45 episodes) and The Ferryman - Legends of Nanyang (released in August 2021 with 36 episodes).

A household name in Singapore, Tay Ping Hui has more than 50 acting credits to his name spanning an illustrious 20-year career with celebrated local dramas like C.L.I.F. (2011), Unriddle 2 (2012), and Crescendo (2015). Ping Hui also made inroads into China in recent years, receiving critical praises for his portrayal of iconic characters in China Productions like The Legend of the Condor Heroes (2017), Brave Heart 2 (2018), Handsome Siblings (2019) and Heroes (2020).

Ping Hui is a multiple Best Actor and Best Supporting Actor Star and All-Time Favourite Artiste Awards winner at the prestigious Star Awards. In addition to his works in front of the camera, Ping Hui has also shown his talent behind the camera, having directed many short films and made his feature directorial debut with the film "Meet the Giant".

SYDNEY, NSW, Australia - Stocks traded lower in Asia on Wednesday. Technology stocks were the hardest hit, and the exchange ...

Home grocery deliveries fall in U.S. due to increase in food costs

WASHINGTON D.C.: As prices for food and other basic staples are rising, U.S. demand for grocery deliveries is cooling, with ...

NEW YORK, New York - U.S. stocks fell Tuesday, with broad-based losses across the board. The technology sector, however, wore ...

Survey of economists says 2022 Turkey deficit could grow to $40.2 bln

ISTANBUL, Turkey: Turkey's current accounts are expected to record a deficit of $3.4 billion in June and end the year ...

SYDNEY, NSW, Australia - Stocks in Asia were mixed Tuesday while in the Pacific, markets rose. The scene mirrored events ...