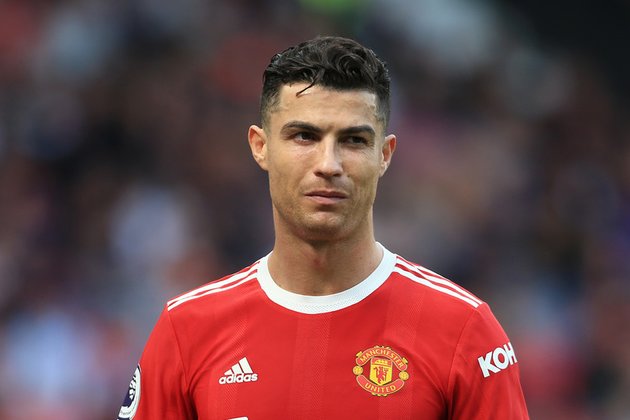 Cristiano Ronaldo has announced he will return to action for Manchester United by featuring in their upcoming friendly against La Liga outfit Rayo Vallecano at home on Sunday.

The Portuguese veteran has been trying to force a move away from Old Trafford in search of Champions League football his current club can't offer him, and has missed a recent preseason tour of Thailand and Australia while citing family reasons.

Ronaldo has also been left out of new manager Erik ten Hag's squad that will play against one of his potential suitors in Atletico Madrid in the Norwegian capital Oslo on Saturday.

On Instagram, however, by again commenting on a post by a fan page about him missing the Atleti game he replied in Portuguese: "Domingo o rei joga" which can be translated to "On Sunday the king plays".

United have also confirmed that whichever players aren't in the 21-man squad to face Diego Simeone's men "will take part in Sunday's game against Rayo Vallecano, while others are ill or injured".

Ronaldo's Instagram reply is his third in recent days after he popped up elsewhere on the social media network where he boasts 471 million followers.

Earlier on this week, another fan account posted how his agent Jorge Mendes allegedly "told Manchester United that Cristiano Ronaldo is adamant about leaving, but Mendes left negotiations less than positive that Ronaldo would get his move".

"Sir Alex Ferguson has intervened. United insist Ronaldo is not for sale," it was added.

Popping up in the replies section, Ronaldo commented: "[It's] impossible not to talk about me [for] one day. Otherwise the press makes no money."

"You know that if you don't lie you can't get people's attention," he also said.

Then on the same day, Ronaldo caught wind of a post sharing a photo of Atletico Madrid fans holding up a banner in their 4-0 friendly win against Numancia that read 'CR7 not welcome' and responded with a quartet of crying-with-laughter emojis.

Other clubs that have rejected the 37-year-old reportedly include Bayern Munich, Chelsea, and Paris Saint Germain.

And while a report from The Sun claimed that Ronaldo has told United he has an offer from a team that wants him which means the Mancunians should name their asking price, appearing against Rayo is the latest indication that Ronaldo might stay to honor the rest of his two-year contract signed when joining from Juventus last summer.

Though the transfer window doesn't close until September 1, Manchester United get their Premier League campaign underway next Saturday at home to Brighton.