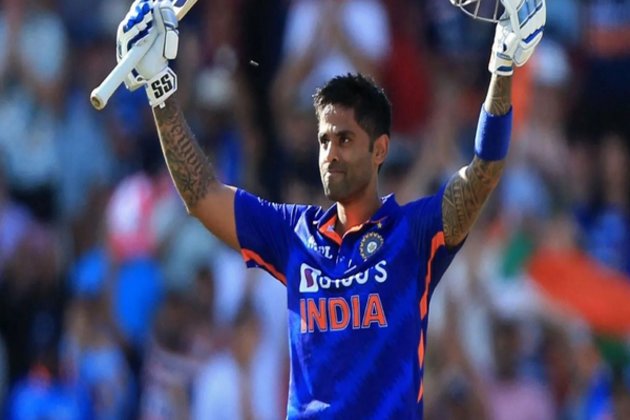 The first ball that Suryakumar faced in his international cricket indicated a bright future for him and served as a sign of his skill and bravado when he pulled England's star pacer Jofra Archer's short ball for a six.

He followed his promising starts with some fine performances in the next year and a half and now 23 matches into his career in T20Is, he is at number two in ICC T20I Batter Rankings, behind Pakistan's Babar Aazam and has a great strike rate of 175.45.

But amid a highly-talented pool of talent, no player has a guaranteed place in Team India with ICC T20I World Cup coming in just two months. Yadav has found a backer in Ponting, who saw the batter in his early years when he was with Mumbai Indians in IPL. He feels that he should have a secure place in team eleven during the T20I cricketing event.

"He is a very, very exciting player and I am sure someone that's going to find himself in their team, not just their squad. I think you would find him in their team for the T20 World Cup. And if he is in that team, then I think all the fans in Australia are going to see a very, very good player," said Ponting in the latest episode of ICC Review.

"He is quite a confident person. He backs himself and he is never going to step down from a challenge or any situation that arises in a game. I feel he thinks he can win that situation and therefore go on and win the game for his team," he added.

Yadav's self-belief has been a vital and shining part of his game. In Nottingham recently in the T20I series against England, he struck his maiden hundred in the format and gave Team India hope during their 216-run chase after coming to the crease when it was struggling at 31/3.

Ponting believes that Suryakumar Yadav's self-belief in his game and skill sets him apart from other rising players in the game.

"Surya (Yadav) scores 360 degrees around the ground, a bit like an AB de Villiers did when he was in his actual prime. The lap shots, the late cuts, you know, the ramps over the keeper's head. He can hit down the ground. He hits really well over the leg side, flicks to deep backward square particularly well, and he is a good player of fast bowling and is a good player of spin bowling," he said.

Multi-skilled T20I batters are high in demand and Yadav's skillset makes him an enticing option in playing XI of India.

Asked if Yadav would make it into India's best eleven, Ponting said, "he played better than anybody else in the Indian team for the last couple of series." He opines that top order is his place.

"It is got to be in the top four, I think. I said stick with him (Virat) in his traditional spot, which has been number three. For Surya, it is one, two or four. I think he can open, but I think he is probably, you know, if you could probably just keep him away from the new ball, let him control the middle part of the game outside the Powerplay, through in the middle, and if he is in at the end, you know what can happen," he said.

Yadav's already impressive strike rate skyrockets to 258.82 during the death overs in T20Is, a mind-boggling statistic.

"I think in the top four is, well, actually I will go out on a limb: I do not want him to open. I think number four is his best spot," Ponting said.

Whether it is at Number four or not will remain a talking point until October. There is very little one can put into an argument against Yadav having an exciting career ahead as a prominent member of Men in Blue. (ANI)