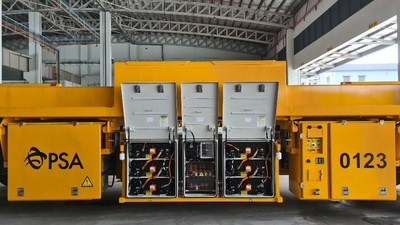 A key component of what will be the world's first fully automated and digitalized port is the use of AGVs to optimise the operational flow of containers between the wharf and yard. Cutting emissions by almost half, the electric AGV fleet is also key in helping Tuas Port to achieve net zero emissions by 2050, as announced by the Ministry of Transport ("MOT").

The success of major port operations is dependent on the ability for ports to efficiently move containers to their assigned locations in support of busy vessel schedules. Today, such operations are dependent on fossil-fuel powered, human-driven vehicles. Switching to automated operations can enhance operations efficiency and sustainability.

Since 2012, Durapower has been collaborating with PSA on their journey towards pioneering port automation, and vehicle electrification. Durapower was chosen to supply high powered lithium battery systems for two hybrid diesel-electric AGVs as part of PSA's research and development at Pasir Panjang Terminal. The collaboration between Durapower and PSA has since grown deeper. The company continued to supply high performance electric vehicle ("EV") battery systems as PSA transitioned from using hybrid diesel-electric AGVs to fully electric ones.

The engineering teams from Durapower and PSA worked closely to optimise and enhance the charging and battery systems based on the lessons drawn from their collective experiences at Pasir Panjang where electric AGVs have already commenced operations, and new fleets have been added on an annual basis since 2016.

New AGV fleets are being deployed as new berths at Tuas Port are being constructed and commissioned for use. PSA intends to deploy around 200 electric AGVs by 2023, and more will be added in the future as Tuas Port progressively ramps up its capacity. Durapower's battery systems will power approximately 60 per cent of this AGV fleet.

Durapower is responsible for the design, manufacturing, supply, and commissioning of the battery solutions for the AGV fleet. It is currently working with PSA to extend the life cycle of the batteries through initiatives such as second-life battery technology for energy storage systems.

Mr Kelvin Lim, Chief Executive Officer of Durapower Group said: "As a Singaporean company, we are pleased to see Singapore take the lead globally in the use of electric AGVs to automate port operations. We are delighted that PSA Singapore has chosen to rely on Durapower's global expertise in EV battery technology to power nearly two-thirds of the AGV fleet at the upcoming Tuas Port."

* Excluding new fleets that are being procured as part of the expansion of the new port infrastructure at Tuas.

Headquartered in Singapore, Durapower offers closed-loop, end-to-end energy storage solutions for the electric mobility and renewable energy applications including on and off-road Electric, Hybrid and Plug-in Hybrid Electric Vehicles, electric marine vessel and stationary energy storage solutions. Since 2009, Durapower has been a leading innovator of Lithium-Ion cell technology, focusing on the research and development of battery materials, of battery cell manufacturing and system integration. With a global presence spanning 23 countries and 48 cities, including European Countries, China, India and Southeast Asia. Durapower Group strives to make scalable, sustainable batteries that support the circular economy, empowering lives and transforming the future towards a carbon neutral economy. 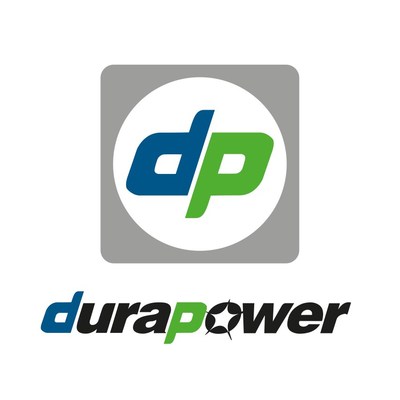 TOKYO, Japan: As Japanese firms are coping with a global economic slowdown and high energy and raw material costs exacerbated ...

NEW YORK, New York - Stocks were choppy on global markets Tuesday as investors struggled with a slew of bad ...

After end to Covid aid, Canada has $4.67 billion budget surplus

OTTAWA: Canada's finance ministry has said that partly due to higher tax revenues and the end of COVID-19-related benefits, the ...

SYDNEY, NSW, Australia - Stocks in Asia were mostly stronger on Tuesday after the heightened volatility of the previous day.Markets, ...

WASHINGTON D.C.: The Biden Administration and the Australian government are in discussions regarding the U.S. building the island nation's first ...

OTTAWA, Canada: Canada has appointed Jennifer May as its first female ambassador to China, taking over a role that has ...

WASHINGTON D.C.: In the past three weeks, the latest campaign to offer a second Covid booster shot has seen 4.4 ...

MOSCOW, Russia: Employees at Russian airlines and airports have begun receiving army draft orders, as reported this week by the ...

School children gunned down by ex-student at school in Russia

MOSCOW, Russia - At least fifteen people, including 11 pupils, have been killed in a mass shooting at a school ...

LUCKNOW, India: Thirty-six people, including 12 struck by lightning, have been killed in northern India over the past 24 hours, ...

News of the World