AFP strips more than half a billion dollars from criminals 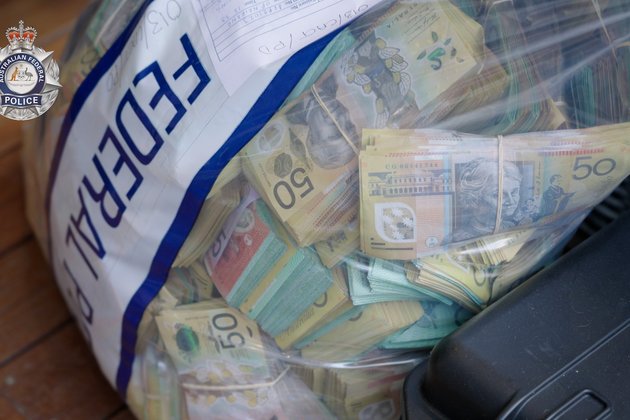 The AFP has delivered a significant blow to organised crime by restraining more than $600 million in criminal assets in three years, ahead of the five-year target set by Commissioner Reece Kershaw.

Since the target was set in February 2020, the AFP-led Criminal Assets Confiscation Taskforce (CACT) has restrained:

$380 million in residential and commercial properties; $200 million in cash and bank accounts, and $35 million in cars, boats, aircraft, cryptocurrency, artwork, and other luxury items.

Last month (August), the CACT restrained three NSW properties, 47 vehicles, including 31 classic cars, and about $676,000 in gold and silver bullion.

The AFP alleges the assets are linked to a Sydney man, 46, who was earlier this year sentenced to 11 years' imprisonment for importing 144kg of cocaine into Sydney in October 2020.

In February 2020, Commissioner Kershaw made criminal assets confiscation a key priority for the AFP by establishing the Criminal Assets Confiscation Command, and having it report directly to him.

Commissioner Kershaw set a target of restraining $600 million by the end of the 2024 financial year.

AFP Deputy Commissioner Investigations Ian McCartney said criminals were motivated by profit and greed and the AFP had zero tolerance to criminals enjoying lavish lifestyles at the expense of law abiding Australians.

"Pursuing the proceeds of crime is a key strategy used by the AFP to disrupt organised crime," Deputy Commissioner McCartney said.

"The criminal environment today is highly complex and requires an agile and far-reaching response from law enforcement.

This strategy, which is delivering a maximum impact on the criminal environment, is despised by organised crime.

"Some serious criminals have told AFP investigators that they could handle going to jail but were upset that their homes, cars and wealth would be gone when they were released."

The permanent taskforce has been running for 10 years. It was launched by the Commonwealth Government in 2011 - and was permanently established the following year - to combat the significant threat of serious organised crime, including through enhancing the identification and pursuit of criminal assets.

Offences linked to the CACT's seizures include money laundering, drug and firearms trafficking, cybercrime, child exploitation and human servitude, illicit tobacco, tax evasion and various types of fraud - including fraud against government measures which support the Australian community, such as the National Disability Insurance Scheme.

The Commonwealth's proceeds of crime laws allow the CACT to restrain both proceeds and instruments of crime based on a civil standard of proof, as well as obtain financial penalty and unexplained wealth orders, regardless of whether there exists a related criminal prosecution or investigation.

Significantly, the Commonwealth's proceeds of crime laws also provide the CACT with strong information gathering and coercive examination powers, and an ability to restrain the assets of criminal groups without their prior knowledge.

"With an extensive global reach and long-standing international partnerships, the AFP is uniquely placed to bring together law enforcement efforts in this space, and has been successful in restraining more than $200 million from offshore locations since 2012," Mr Jerga said.

"While our colleagues across the AFP continue to do great work investigating crimes and putting offenders behind bars, the CACT will continue to hit where it hurts most - their wallets, their lavish lifestyles and their profits."

"Our highly-skilled investigators will continue to be unrelenting and use every legal and operational avenue available to seize illicit wealth from criminals, to take the profit out of their crimes and disrupt further investment in their illegal operations.

"In addition to disrupting and damaging the criminal environment, we are proud to see the proceeds of crime confiscated by the CACT redistributed back into measures which ultimately make our communities safer and stronger".

While the CACT fights matters out in the courts, restrained assets are managed on behalf of the Commonwealth by the Australian Financial Security Authority (AFSA). When criminal assets are successfully confiscated, they are then liquidated by AFSA, with the proceeds placed in the Commonwealth's Confiscated Assets Account (CAA).

Funds in the CAA are redistributed by the Attorney-General into crime prevention and law enforcement-related measures, including those dealing with child protection and online child safety, drug harm reduction, safer communities, and a national DNA program for unidentified and missing persons.

Led by the AFP, the CACT brings together the resources and expertise of the AFP, Australian Criminal Intelligence Commission, Australian Taxation Office, AUSTRAC, and the Australian Border Force. Together, these agencies trace, restrain and ultimately confiscate criminal assets.