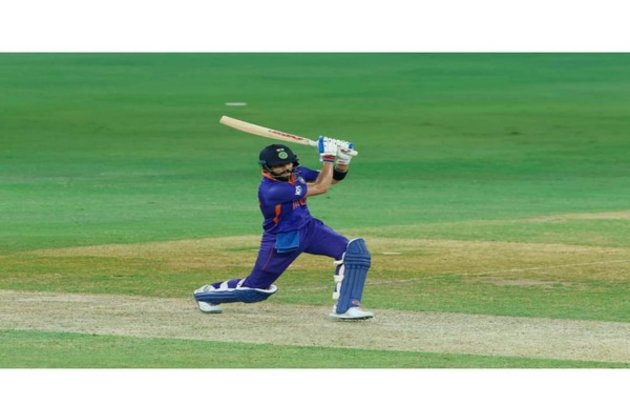 He is also 207 runs away from becoming the sixth-highest run-scorer in international cricket.

Currently, Virat is the seventh-highest run scorer of all time in international cricket and the third-highest scorer for India. He has played 468 matches and scored 24,002 runs across 522 innings at an average of 53.81. As many as 71 centuries and 124 fifties have come from Virat's bat, with his best score being 254 not out.

Indian great Rahul Dravid is currently the sixth-highest run scorer in international cricket and India's second-highest scorer. In 509 matches, he has scored 24,208 runs across 605 innings at an average of 45.41. He has scored 48 centuries and 146 half-centuries with his best score being 270.

Virat can easily attain these two more landmarks and add to his rich legacy as a batter if he continues his good form against Australia in the three-match T20I series, which starts from September 20 onwards.

The batter found his groove during the recently-concluded Asia Cup 2022 and also hit his much anticipated 71st international ton after over 1,000 days. He scored 276 runs in five innings at an average of 92, with one century and two half-centuries. His highest individual score was 122 not out against Afghanistan.

All eyes are on this T20I series against Australia and another home series against South Africa, starting from October 28, consisting of three ODIs and three T20Is. These will serve as quality match practice for Men in Blue for ICC T20 World Cup 2022, which will go on from October 16 to November 13 this year.

India could not qualify for semis the previous year as they crashed out of the competition in the Super 12 phase.