'No body, no parole' laws could be disastrous for the wrongfully convicted 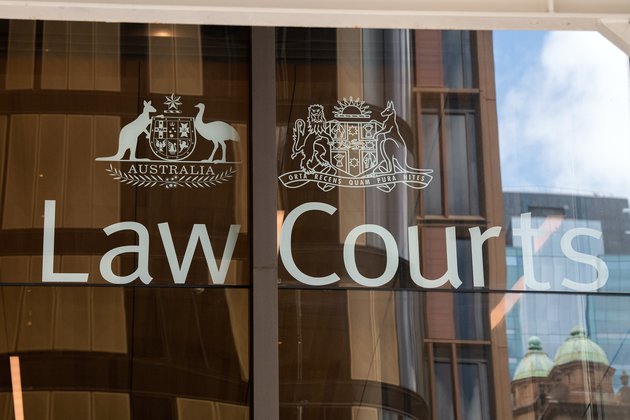 The New South Wales government is set to introduce new "no body, no parole" laws, which will deny parole for homicide offenders who refuse to provide information or assistance to locate their victim's remains.

This follows Chris Dawson's murder conviction of Lynette Dawson, whose remains have yet to be found.

Such laws offer prisoners an incentive to give up information about the location of their victims' remains. Similar laws have already been introduced in Northern Territory, Queensland, South Australia, Victoria and Western Australia.

In general, "no body, no parole" laws mandate that parole authorities should deny parole unless they are satisfied about the level of cooperation provided by the prisoner to identify remains, including how early the information was provided.

These laws are designed to provide closure to friends and families of homicide victims, allowing them to bury their loved ones. However, there's scant evidence they are effective. And they could prove disastrous for people in Australian prisons who have been wrongfully convicted.

Read more: True crime entertainment like The Teacher's Pet can shine a light on cold cases - but does it help or hinder justice being served?

What is parole and why is it important?

Parole is the conditional early release of prisoners, allowing them to serve a part of their sentence in the community.

When given a prison sentence, a judge will determine how long an offender must remain in custody (a non-parole period) and at what point they can become eligible to serve the rest of their sentence in the community.

Parole recognises that aims of rehabilitation may be best served by providing opportunities for prisoners to transition back into the community. The courts decide whether a person is eligible for parole, but state parole authorities decide whether or not to release them when the time comes.

Evidence suggests offenders who complete some period of parole before the end of their sentence are less likely to re-offend.

While completing their sentence in the community, parolees also must comply with parole conditions. This can include reporting conditions and mandatory behavioural programs that reduce the risk of re-offending.

Tightening parole exacerbates the issue of overcrowded prisons with offenders capable of being managed in the community being housed at the public expense in correctional facilities.

There is considerable concern in Australia over prisoners "maxing out" their custodial sentence, either by choosing not to apply for parole to avoid conditions upon release, or because of restrictions on parole eligibility such as "no body, no parole" laws.

The effectiveness of 'no body' laws

We recently looked into the effectiveness of Queensland's "no body, no parole" laws, which were passed in 2017.

As our work with RMIT University's Bridge of Hope Innocence Initiative often involves working with people serving terms of imprisonment while claiming their innocence, evaluating the effectiveness of such laws and their risk for the wrongfully convicted is of considerable interest.

Most Australian jurisdictions don't publish their parole decisions. However Queensland does - specifically for "no body" law outcomes.

Our analysis showed that of the ten cases that came before the parole board during our collection period, six involved cooperation by the applicant but none resulted in remains being found.

The Queensland case of Graeme Evans, who was convicted of manslaughter over the death of his former partner Leeann Lapham in 2018, has been cited in the media as an example of "no body" laws working effectively.

However, Evans pleaded guilty to the offence and was not eligible for parole at the time when he helped investigators find Lapham's remains.

This example is only related to "no body" laws because the detective in charge of the case has claimed he used the threat of those laws to convince Evans to cooperate.

We believe "no body" laws lack evidence to support their use and may offer false hope to victims' families if remains cannot be found. They rely on many assumptions about how crimes occur, how offenders may cooperate, and effective policing investigations post-disclosure.

They may also prove disastrous for the wrongfully convicted.

What about the wrongfully convicted?

We have no idea how many people have been wrongfully convicted in Australia. An estimate based on research from the United States indicates up to 3% of all convictions may be wrongful. But the reality is we have no way of finding out.

A person can be found guilty of a crime they didn't commit for a variety of reasons, including eyewitness misidentification, improper forensic evidence, coerced or otherwise false confessions, or police misconduct.

Wrongful convictions remain a persistent risk within our criminal justice system, even when high standards of procedural justice are upheld.

Wrongfully convicted prisoners face what is referred to as "the innocent prisoner's dilemma" when they become eligible for parole. If they maintain their innocence and refuse to admit responsibility or express remorse, they may be denied parole. If they do accept responsibility for a crime they did not commit, they may limit options in the future of having their conviction overturned.

"No body" laws add a further complication for the wrongfully convicted. The factually innocent are clearly unable to provide information to authorities about the location of the victim as they did not commit the crime and would not know where the body is.

A well known example is Lindy Chamberlain-Creighton, who was wrongfully convicted in 1982 for murdering her daughter Azaria.

Chamberlain was demonised publicly for not admitting guilt and for not leading investigators to Azaria's body. A 2012 inquest later found Azaria was killed by a dingo.

"No body" laws may at first appear to be acting in the public interest in ensuring families can bury their loved ones. But the lack of evidence of real outcomes and the very real risk it may disproportionately penalise the wrongfully convicted should give us pause before expanding this policy further.