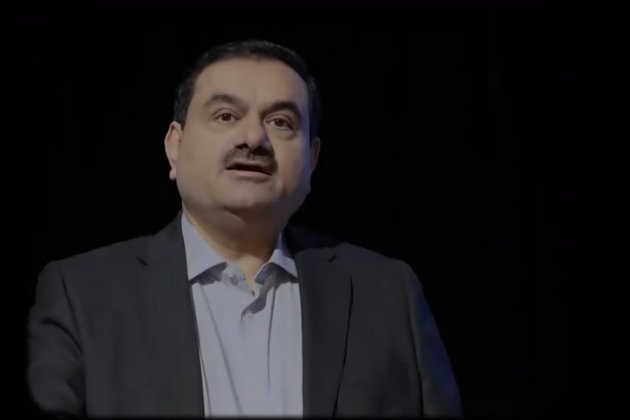 Gautam Adani and his corporation's move into green energy would be amusing if not so serious, writes Dr Binoy Kampmark.

IMAGINE the tobacco producer who invests in smoke limitation programs, or the arms manufacturer who attends a conference proposing to ban weapons and seek a better future. Gautam Adani, one of India's most ruthlessly adept billionaires, has added his name to the growing list of corporate transvestism, using ecological credentials as his camouflage for fossil fuel predation.

The central feature of Adani is having a nose for getting on the bandwagon and pushing to its front. Everyone is doing it, at least when it comes to renewable energy sources. Recently, the Adani Group, an entity specialising in power generation, real estate, commodities, and port infrastructure, promised it would invest $US70 billion in the green energy transition and associated infrastructure in what it calls "an integrated Hydrogen-based value chain".

In terms of solar energy, the company has jostled its way up the ranks through Adani Green Energy, creating sprawling "solar parks" comprising thousands of hectares in Rajasthan, Tamil Nadu and Andhra Pradesh. The acquisition of such land has come at considerable cost to local farmers, many of whom have protested such alienation and loss of fertile land.

Despite being subsidised by the Queensland Government, it appears the Adani mine in central Queensland could be employing as few as 300 production staff.

Adani's program is relentlessly expansive, part of a suite of approaches that seems to be winning investment from such companies as the French multinational TotalEnergies, which poured in money to acquire 25 per cent of a stake in Adani New Industries.

In this, the Indian billionaire is simply pursuing what his other colleagues in the fossil fuel line are doing: pretend to go green and hope that no one notices the off-colour joke. In this enterprise, Adani hopes to make his company the world's largest renewable energy producer by 2030 (surely the joke), which might encourage some laughter but for its seriousness.

At the Forbes Global CEO conference held in Singapore, Adani was preeningly confident, exhibiting the cocksure awareness of a crossdressing trickster.

He also told his audience that the new business, additionally "to our existing 20 GW renewables portfolio" would "be augmented by another 45 GW of hybrid renewable power generation spread over 100,000 hectares". Boastfully, he reminded those caring to listen that this was "an area 1.4 times that of Singapore".

In April this year, he told the India Economic Conclave that his country was "on the cusp of decades of growth that the world will want to tap into. Therefore, there can be no better defence of our interests at this time than atmanirbhar". The Hindi word in the statement, denoting self-reliance, is instructive enough, a feature of Indian Prime Minister Narendra Modi's nationalist drive.

As with most billionaires in history, success is a convenient wedding of self-aggrandisement and patriotic purpose, a case of making money and wrapping oneself in the flag. More to the point, it is a shamelessly calculating push to combine interests of another sort, notably of the environmentally appealing nature. "For India," Adani told the audience at the IEC, "the combination of solar and wind power coupled with green hydrogen opens up unprecedented possibilities".

Making greenwashing an essential part of its public relations, the Adani Group is globally engaged in promoting souped-up ecological crossdressing. In October 2021, the London Science Museum announced a sponsorship deal with Adani at the Global Investment Summit, a lead-up event to the COP26 Climate Summit in Glasgow.

Dame Mary Archer, chair of the Science Museum Group, explained that the gallery would "take a truly global perspective on the world's most urgent challenge. We face a grave threat, but the future is not predestined".

It's hardly surprising that Adani may have lied to ensure government approval for its mine, writes executive editor Michelle Pini.

Critics were less than impressed by the Museum's breezy refusal to consider Adani's blotchy human rights record and treatment of indigenous communities both in India and Australia. Protests were organised at the entrance to the museum. Two trustees resigned.

Nothing, however, gets away from the core business of the Adani Group, which has close ties with the Modi government, ever keen to fashion it as a sphere of influence. The renewables canard cannot hide the practical, solid elements that keep Adani big in coal mining, gas distribution and transportation.

The latter has been particularly striking, with the company winning government tenders to operate a number of airport facilities despite lacking any experience in aviation. This was a source of consternation for Kerala's Finance Minister Thomas Isaac, whose state government was ignored in the bid for Thiruvananthapuram airport. "People of Kerala will not accept this act of brazen cronyism," he declared in 2020.

Whether its brazen cronyism or thick-as-thieves solidarity, no one, in terms of scale and influence, has as much influence with New Delhi as Adani does. As Tim Buckley of Climate Energy Finance, a Sydney-based think tank explains, "his political power, his ability to understand the lay of the land in India, is second to none".

The Adani Group also remains controversially and deeply embedded in such controversial projects as the Carmichael Mine in Queensland, Australia, where it is looking, increasingly, like a relic, an echo of habitual ecological vandalism best shelved.

The company made a concerted effort to suppress the findings of a university report into its lack of consultation in mining operations with Traditional Owners, who had not "given their free, prior and informed consent" to the operations. The United Nations Committee on the Elimination of Racial Discrimination also expressed its concerns in 2019 that Adani's consultations regarding the Indigenous Land Use Agreement (ILUA) "might not have been conducted in good faith".

All this paints a picture of a company keen to cut corners and stomp on toes with ruthless disdain. For his efforts, Gautam Adani finds himself at a peg below the summit of wealth, being the second wealthiest man on the planet. Only the extra-terrestrially minded Elon Musk bars his route on the rich list's chart. Ecological crossdressing, it would seem, pays.

Dr Binoy Kampmark was a Cambridge Scholar and is a lecturer at RMIT University. You can follow Dr Kampmark on Twitter @BKampmark.