This follows the recently signed MoU between both parties 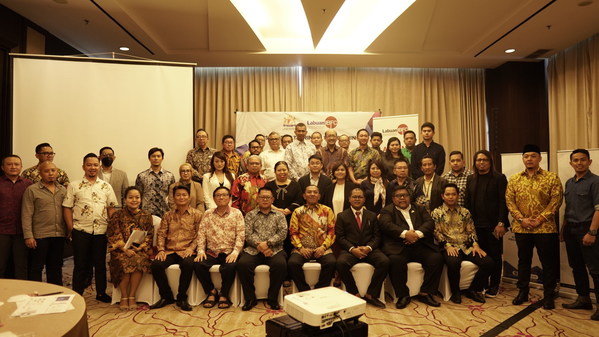 The visit was meant to highlight and promote the recent MoU signing to members of KADIN West Java as well as the Indonesian media. To recap, the MoU aims to support Labuan IBFC Inc.'s market development activities in Indonesia and to enable the members of KADIN West Java to leverage on Labuan IBFC's suite of products and services according to their business requirements.

The MoU shall be valid for a term of five years. Labuan IBFC Inc.'s initiatives under the MoU include providing access and introduction to any interested parties that are looking to establish a base in Labuan IBFC, furnishing marketing and promotional materials to promote the Labuan financial hub in Indonesia, and others that benefit both parties, or even countries.

Mr. Raditya Indrajaya, Chairman of KADIN West Java opened the ceremony with his welcome remarks. He commented, "It has always been my dream for KADIN to partner with such a prestigious jurisdiction as Labuan IBFC. I had this vision when I first visited the island of Labuan many years ago. We are confident that the MoU will lead to enhanced economic and trade exchanges between both countries."

This was followed by a business presentation by Datuk Iskandar Mohd Nuli which outlined Labuan IBFC's unique propositions and supportive ecosystem for global companies establish their base in the jurisdiction. He also elaborated on Labuan IBFC's flagship products such as banking, wealth management, captive insurance, Islamic finance and leasing which are available in conventional, Shariah and digital forms. The ceremony adjourned with a networking session between Labuan IBFC Inc. delegates and KADIN West Java members.

HOUSTON, Texas: QatarEnergy and ConocoPhillips have signed two sales and purchase export agreements covering at least a 15-year period, which ...