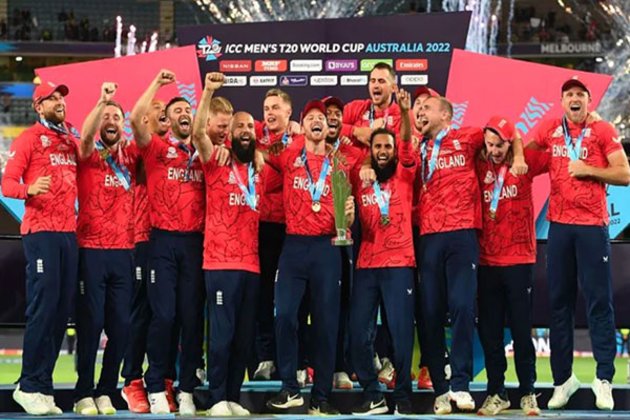 New Delhi [India], November 22 (ANI): The 2024 edition of ICC men's T20 World Cup in West Indies and USA will be played in a new format as compared to the previous two tournaments, with 20 participating teams being divided into four groups of five side each.

As per ESPNCricinfo, with this, the first round that used to take before the Super 12 stage in 2021 and 2022 editions will now be done away with.

In the previous two editions of tournament in 2021 and 2022, the first round featured eight teams that came into the tournament through qualification and teams that finished between ninth and 12th position in previous T20 WC.

These eight teams were divided into two groups of four each. Top two teams from these two groups joined other teams in the Super 12 phase.

12 teams have qualified for the 2024 T20 World Cup. USA and West Indies attained automatically qualification as the hosts of the tournament. Reigning champions England, runners-up Pakistan, India, New Zealand, Australia, Sri Lanka, South Africa and Netherlands have also qualified after finishing within the top eight of the 2022 edition.

Afghanistan and Bangladesh are the other two teams who have qualified as they were the next-best teams in the ICC T20I rankings on the cut-off date of November 14.

Eight spots are still up for grabs and will be taken through the qualifiers.

England are the current T20 World Cup champions, having beaten Pakistan in the final in Melbourne on November 13. With this, they won their 2nd ICC T20 World Cup title. (ANI)