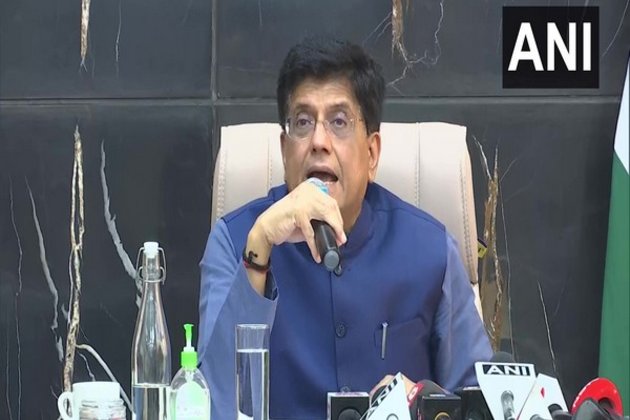 New Delhi [India], November 22 (ANI): After the announcement of the passing of the Free Trade Agreement (FTA) with India by the Australian parliament, Union Minister of Commerce and Industry Piyush Goyal on Tuesday said that the initial size of bilateral trade between India-Australia can go up to around USD 45-50 billion in the next 5-6 years.

While addressing the presser, Goyal said, "Initial size of bilateral trade between India-Australia Economic Cooperation Trade Agreement (IndAus ECTA) can go up to around USD 45-50 billion in the next 5-6 years.""It is a landmark moment for Australia and India, would like to congratulate the PMs of India and Australia for achieving this significant milestone today. These are 2 democracies with shared interests on the world stage," Goyal said.

"BREAKING: Our Free Trade Agreement with India has passed through parliament," Albanese tweeted.

It is pertinent to mention that the Australia-India Economic Cooperation and Trade Agreement (ECTA) was signed on April 2.

During the conference, Goyal said this is the first time in "Australian history" that they're giving duty-free import on 100 per cent of items. He further said that this is also the first Trade Agreement with a developed country after a decade.

Talking about the relationship shared between Prime Minister Narendra Modi and the Australian government, Goyal called it a "strong bond" and said that the FTA is a big recognition of India's growing stature and capabilities that businesses provide to the world both in goods and services.

"The textile sector will benefit. Gem and jewelry sector are also excited as they will be able to sell their high-value jewelry in Australia," the minister said.

He also said that with the FTA, the pharma industry will get a big boost as medicines have already gone through a rigorous approval process from the USA. And the UK will have a fast-track mechanism to get approval in the Australian regulatory system.

"Visas for Indian chefs and Yoga instructors along with the assurance that every child who goes from India to Australia will be given an opportunity for employment there. STEM graduates, doctoral students will get 4 years of work visa in Australia. Postgraduate will get 3 years' work visa," he added. (ANI)