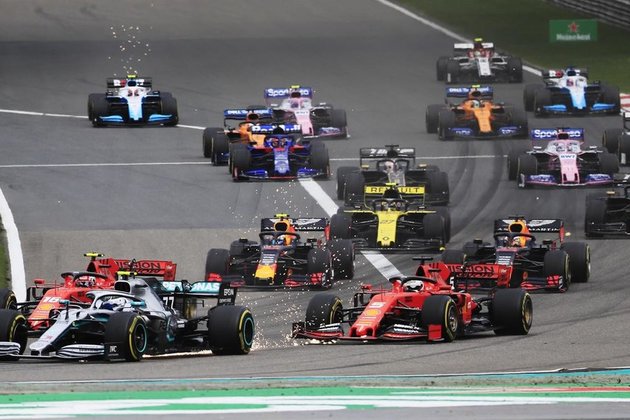 The event has been absent from the F1 schedule since 2019

China looks set to again be absent from the Formula 1 schedule next year, amid reports that the 2023 Chinese Grand Prix has been cancelled due to the country's Covid-19 restrictions, according to the BBC.

There has not been a Formula 1 event in China since 2019, before the pandemic took hold, but the motorsport was due to return for what was to be the fourth race on next season's schedule on April 16.

However, after deliberating on the feasibility of holding a race in China in view of the country's strict Covid policies, motorsport authorities are thought to have concluded that the race cannot proceed as planned, after being told that there would be no exemptions given to F1 drivers and staff from quarantine requirements if they were to test positive for Covid-19.

The latest guidelines issued in China mandate that anyone who contracts Covid-19 must spend five days in a specially designed isolation center, and a further three days self-isolating at home or in a hotel.

Formula 1, though, has not officially confirmed the removal of the Shanghai race from the calendar, though this formality is expected to be completed in the coming days.

F1 is not expected to draft a replacement race into the schedule, meaning that there will be a four-week gap between the Australian Grand Prix on April 2 and the Azerbaijan Grand Prix later that month, on April 30.

However, F1 chairman and chief executive officer Stefano Domenicali is also understood to be holding talks with the organizers of the Baku Grand Prix to move it forward by a week, though no agreement has been reached so far.

It is anticipated that the Chinese Grand Prix will return in 2024, pending the removal of various Covid-19 restrictions.

Further changes to the F1 schedule are expected in future. Azerbaijan's contract to hold races in Baku expires next year, but it is reported that talks are underway to extend the agreement by a further decade, despite claims that it could be dropped to make way for a Grand Prix in Kyalami, South Africa.

The Russian Grand Prix was cancelled for the foreseeable future earlier this year by motorsport authorities, following the launch of Russia's military operation in Ukraine.