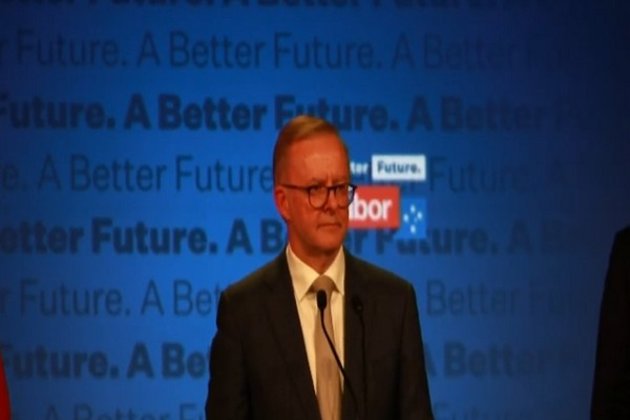 New Delhi [India], November 22 (ANI): After the announcement of the passing of the Australia-India Economic Cooperation and Trade Agreement by both houses, Australian Prime Minister Anthony Albanese said that the new trade agreements with India and the UK will strengthen the existing trade and economic relationships, according to the joint statement released by the Australian PM and Senator Don Farrell.

"Today's passage of legislation demonstrates Australia's commitment to free trade and the rules-based trading system. It is an acknowledgement of the centrality of trade to our economic resilience and ongoing prosperity," the PM added.

Earlier today, the Australian PM announced that the country's Free Trade Agreement (FTA) with India has passed through its Parliament.

"BREAKING: Our Free Trade Agreement with India has passed through parliament," Albanese tweeted.

It is pertinent to mention that the Australia-India Economic Cooperation and Trade Agreement (ECTA) was signed on April 2.

In the same press statement, Australia's Minister for Trade and Tourism Don Farrell said that such agreements will support the business in growth and will also offer more employment opportunities.

"These agreements will support our businesses to grow, to offer more employment opportunities, and will give Australian consumers more choice at the checkout," the trade minister said.

"We are ready to implement these deals and will continue working closely with the UK and Indian Governments to implement the trade agreements as soon as possible," he added.

Meanwhile, Australia's High Commissioner to India Barry O'Farrell said that he is thrilled to see that the Australian Parliament passed without dissent.

"I am thrilled to see implementing legislation for the Australia-India Economic Cooperation and Trade Agreement pass through both houses of Australia's Parliament without dissent," the Australian High Commissioner to India said.

Barry O'Farrell also recalled Australia's Don Farrell's statement and said that the latter has said that closer economic ties with India are a critical component of the Australian Government's trade diversification strategy.

"The quality of ECTA, in terms of market access and opportunity for Australian businesses, demonstrates India's commitment to our bilateral economic partnership," Barry O'Farrell added. (ANI)