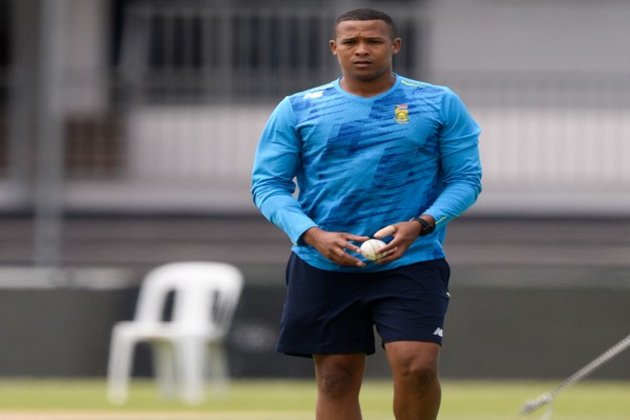 Johannesburg [South Africa], November 24 (ANI): South Africa have suffered a big blow ahead of their upcoming Test series against Australia with news that pacer Glenton Stuurman will miss the tour due to injury.

Stuurman suffered an abdominal muscle strain while playing a domestic match in South Africa and is expected to be sidelined for up to six weeks.

While the 30-year-old has only featured in two Test matches for his country, it deprives South Africa of some valuable depth of their already deep fast bowling stocks, including Lungi Ngidi, Anrich Nortje and Kagiso Rabada.

Stuurman has been replaced in the 16-player squad by fellow pacer Lizaad Williams, with the 29-year-old right-armer also having made two Test appearances earlier for South Africa.

The series against Australia will be critical to the World Test Championship futures of both sides, with the two-Test powerhouses presently occupying the top two spots on the standings and well positioned to reach next year's final at The Oval.

Australia sit on top of the standings and can further increase their lead prior to the South Africa series when they host the West Indies for two Test matches at the start of December.